'The Drummer And The Keeper': Galway Review 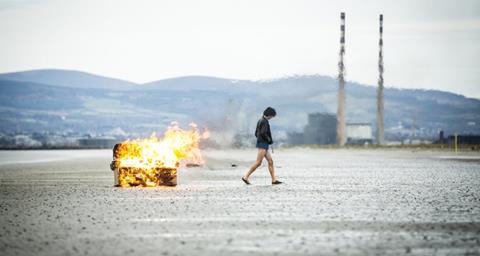 The first film from Irish former musician and commercials director Nick Kelly, The Drummer And The Keeper is a Rain Man-like comedy/drama in which both protagonists suffer from mental illness – a young man with bipolar disorder who embarks on an unlikely friendship with a boy who has Asperger’s Syndrome. Kelly is fearless in the way he tacles mental illness and his command of comic tone is strong, making this film anything but the traumatic experience it may appear on paper and more like a gentle romcom between two odd and lonely souls.

The most important message is that of normalisation and ownership; the integration of mental illness into society and the need to dispense with the shame surrounding it

While the script is soft and makes a few fantastical leaps too many, there’s a generosity of spirit here, which, coupled with some great one-liners, a strong musical thread and two noteworthy lead performances, should see The Drummer into successful play at home in Ireland and potentially win festival interest for Element Pictures, which picked it up prior to its Galway world premiere. The Drummer And The Keeper was the first film commissioned by the Irish Film Board’s low-budget Catalyst scheme.

Kelly has gifted himself two strong young actors. Newcomer Dermot Murphy plays Gabriel, the drummer in a rock band who struggles to stay in control of his bipolar disorder (with psychotic tendencies); a fight his mother ultimately lost. Some uneasy opening sequences establishing Gabriel’s unpredictability gradually give way to a nice rhythm as Kelly finds his feet and introduces the pyromaniac Gabriel to Christopher, an institutionalised 17 year-old boy with Aspergers.

Gabriel’s band-mates are impatient with his reckless behaviour and he swears off drugs and alcohol, committing himself to a treatment regime which includes the numbing drug lithium and prescribed physical exercise in a soccer team where Christopher (Jacob McCarthy) is the titular “keeper”.

Uptight Christopher inserts himself into Gabriel’s life, just as Gabriel realises that medication is putting a lid on his musical exuberance. Some bad, self-sabotaging choices rather predictably ensue for Gabriel before a heartwarming conclusion sends Kelly’s own screenplay off into the sentimental mists of broad entertainment as opposed to gritty reality. The journey, though, is enjoyable, and McCarthy in particular relishes the ample opportunities to show his mettle. Lots of sharp one-liners lift the piece, as does a delightfully eclectic soundtrack.

The Drummer’s most important message is that of normalisation and ownership; the integration of mental illness into society and the need to dispense with the shame surrounding it. “I know you’re bi-polar and all, but there’s no need to be an arsehole,” quips one character. Kelly’s frank and open treatment of taboo issues does much to advance that cause, and will be appreciated by the many whose lives have been strained in similar circumstances. It’s a strong debut for him and both of his actors, marking them all out as talents to watch in the future.