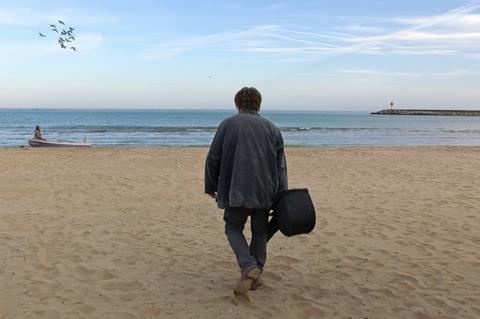 Narratives of grief and redemption are among the hardest things to pull off in cinema, requiring delicate handling. It may be the sheer eccentric boisterousness of The Four Walls that is the film’s own worst enemy, but this strange blend of tragedy and farce from Iranian-Kurdish writer-director Bahman Ghobadi never quite finds its feet, passing through too many different tonal registers to cohere. Premiering in Tokyo, this Istanbul-set picture will attract attention on the strength of Ghobadi’s previous acclaimed dramas (including Half Moon and Turtles Can Fly) and edgy hybrid documentary No One Knows About Persian Cats. But it comes across as too amorphous and too emotionally unfocused to have similar potential for exposure.

The Four Walls has a rambling, not to say cluttered narrative structure

The film — with Turkish and Kurdish dialogue — sees Ghobadi shifting his base of operations to Turkey and working with producer Roger Waters, the Pink Floyd member turned solo artist, a supporter of Kurdish rights. An enigmatic pre-credits sequence — a woman running on a beach, a man on a boat at sea, a gunshot — leads to the story of Boran (Iranian actor Amir Aghaee), a middle-aged Kurdish musician who has arrived in Istanbul and plans to move his wife and son into a new flat overlooking the sea. An episode at an airport, with Boran seemingly engaged in sinister activities with a detachment of gunmen, in fact misleads us entirely, only to introduce a tonal confusion that deepens as we go on. Boran spruces up his flat with the help of his musician friends, in a sequence of upbeat conviviality, but soon his plans go dramatically, nightmarishly wrong — in a slow-motion sequence so overwrought and overextended that the film never quite recovers.

Where The Four Walls goes from there is even stranger, as a shattered Boran — returning to his flat after five months’ enforced absence — discovers that a new apartment block has been built directly opposite his, blocking out his sea view. Boran becomes obsessed with this intrusion, and launches an impassioned protest against the new block, in ways that — if not for the trauma he has just suffered — could seem altogether pathological. The measures he takes certainly have a comic edge, including mustering his musicians to serenade the new block’s residents for their maximum inconvenience.

Offering him moral support are assorted eccentric chums, including boat-dwelling philosopher Bashuk (Fatih Al); an affable muezzin from the local mosque, now working in women’s underwear because Boran lost him his job; and an anxious but friendly policeman, Fatih (Baris Yildiz), also given to prolix musings on the world. Meanwhile, a mysterious woman (Funda Eryigit) asks to shelter in Boran’s flat while waiting for relatives to turn up; they never do, and she becomes a fixture in his household, before revealing her connection with the central drama in his life.

As this might suggest, The Four Walls has a rambling, not to say cluttered narrative structure. Two elements offer continuity. One is a set of musical interludes in which Boran keeps his spirits high with his folk ensemble, himself playing the oud-like string instrument the baglama on a set of energetic, tuneful songs co-written by Ghobadi. The other key thread is an intense performance by Aghaee as the agonised but determined protagonist — but this is where The Four Walls shows its rough edges, as his acting often has a histrionic edge that sits particularly uncomfortably with the film’s lighter, more satirical intent (that Aghaee wears a shaggily unconvincing wig throughout doesn’t help).

This is very much a male drama; whenever Boran and his borderline-codger buddies sit around cogitating on the state of things, it’s virtually a Kurdish Last Of The Summer Wine. And in the one substantial female role, Eryigit spends a long time anxiously hovering, and serving tea for the chaps, before she’s called on to reveal her part in the drama.

Also a problem are some incongruous visual fancies, notably a picture of the sea draped on the offending building as token compensation of Boran — who then walks into the image in a grating dream effect. Narratively, it’s disappointing that the storytelling wrong-foots us more than once, even suggests that certain things are happening in Boran’s imagination, which seriously undermines the film’s clarity.

The musical sequences, though, are a breezy delight, and there are nice character-role turns from Baris Yildiz as the harassed cop and Onur Buldu as the unflappable muezzin, agreeably offsetting the prevailing melodrama.