Carlos Diegues plots the changing fortunes of a family-run circus 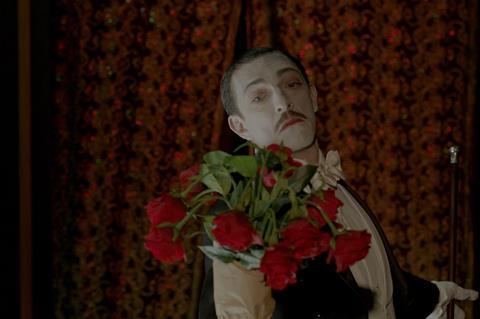 The Great Mystical Circus (O Grande Circo Místico) tells the story of one family over five generations and 100 years, resulting in a silly soap opera stuffed with incidents — few of which are memorable. Adapting a 1980s ballet, which itself was inspired by a 1930s poem, director Carlos Diegues has crafted a sprawling melodrama that feels badly compressed into a 105-minute running time, reducing whole lives to frothy plot points and shamelessly manipulative emotional beats.

Diegues keeps everything moving along at a fast clip

Premiering at Cannes, Circus has some international star power thanks to Vincent Cassel’s name amidst the large ensemble. Because of its circus setting and musical numbers, the film bears a passing resemblance to The Greatest Showman ($431m worldwide), but comparable commercial success seems unlikely.

Starting in 1910, the film traces the shifting fortunes of the family-owned Great Mystical Circus, whose only constant presence is an apparently ageless master of ceremonies, Celavi (Jesuíta Barbosa). As members of the Kieps clan grow old, their children take over the reins, navigating the three-ring spectacle through world wars, technological advancements and personal tragedies.

Based on a poem by Jorge de Lima, which was the basis for Chico Buarque and Edu Lobo’s 1983 ballet, Circus could fill a few seasons’ worth of a television series as we get to know one generation of this family — their dreams, their challenges — and then swiftly fast-forward decades in time to meet a new crop of Kieps characters.

To be sure, there’s cheesy pleasure in watching the family members indulge their base desires, often predictably leading to disaster. (Circus protagonists die while giving birth, having sex or performing on the trapeze, and that’s when they’re not being raped, hanging themselves or dabbling in heroin.) Diegues (Bye Bye Brazil, Subway To The Stars) keeps everything moving along at a fast clip, giving the proceedings more than a dash of fantasy — especially when the Kieps saga reaches the 21st century.

But whether as a chronicle of a family’s rise and fall or as an accidental survey of a century of world history, Circus is simply too flimsy to invest much interest. Instead of connecting thematic or emotional strands between eras, showing how one generation’s struggles echo across the years, Diegues tends to linger on the most sensationalistic aspects of each storyline, which makes even the more resonant characters feel like puppets in a lavish, libidinous odyssey of sex, drugs and betrayal.

Cassel creates an impression as a swaggering performer who tries to wrest control of the circus, while Barbosa overdoes the impish whimsy as the enchanted Celavi. The songs, a mixture of pop and jazz, are pleasant if not particularly memorable, which could also be said of much of the cast.

Bruna Linzmeyer is, however, a striking contortionist early in the film, and Mariana Ximenes manages to deliver a soulful performance near the end as a woman who wants out of the family business. But like so many of the film’s participants, these actors vanish from the narrative too quickly. What fun is a circus if it doesn’t give you some dazzling feats to remember?

Screenplay: Carlos Diegues and George Moura, based on a poem by Jorge de Lima