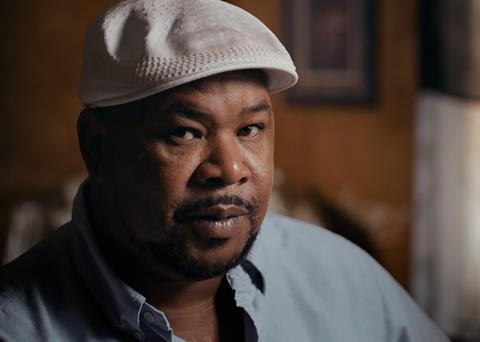 The first two episodes of Netflix’s 9x60-minute The Innocence Files detail one true-life story of two men wrongly convicted of rape and murder. Directed by Roger Ross Williams (American Jail), they make a stand-out feature-length documentary when viewed together, yanking the viewer into the Mississippi penal system and the smoothly-lensed cotton fields of a modern-day servitude. They’re part of a series, though, which looks at miscarriages of misjustice addressed by The Innocence Project, founded by Peter Neufeld and Barry Scheck (part of the OJ Simpson defence team) in 1992.

After Williams’ opener, and the forceful presentation of the connected cases of Levon Brooks and Kennedy Brewer in Noxubee County, Mississippi – a place time has remembered only fitfully, and not well – The Innocence Files becomes more formatted. A case; a conviction, often wildly inexplicable and unjust; the fight to exonerate; and the value of The Innocence Project and its founders, both consulting executives. (As many cases involve poor black victims, pains are taken to avoid saviour stereotypes). Noted campaigning documentarians Liz Garbus and Alex Gibney, who executive produce, direct two episodes in a series focused on judicial travesties prompted by either the unreliability of evidence, witnesses or the kind of shocking prosecutions that persisted throughout Making A Murderer.

As the series continues, it becomes less compelling. It’s not that the cases are any less awful, or the struggle less worthy, but the proportion of time awarded to the Innocence Project itself also increases exponentially¸ flirting with the Dead Man Walking trope where the skilled and principled navigator of the system can outshine the plight of the often inarticulate person they want to save. The shooting style becomes more functional, less connected to the places or the people documented, even in those episodes shot by Garbus and Gibney. Essentially, The Innocence Files isn’t so much of a series, but a case-by-case indictment of a system where being poor is the biggest crime of all. Roger Ross Williams’ investigation (which ultimately spreads over the first third of the show) has all the tools to best express that.

Kennedy’s film – which it could have been – takes a shocking case of miscarriage of justice and soaks it in the Mississippi cotton and corn patches of the institutionally poor. This story is considerably enhanced by a creepy Confederate-loving forensic dentist, and, very unexpectedly, a portly kids TV host called ‘Uncle Bunky’ who doubles up as a state investigator. Not to mention Ted Bundy’s teeth. Yet the director, an Oscar winner for his short Music By Prudence (2010) imbues this sad story with the resonant pain of the state’s slave past; scenes showing the Parchman Prison work gangs are silently, powerfully, confrontational.

An obstinate district attorney and a flawed reliance on bite mark evidence unites the cases of Brooks and Brewer, both incarcerated for the separate murders and rapes of young girls, babies almost, taken from their beds at night. Years go by; the titles tick through the decades as the viewer wonders if this inexplicable mistake will ever be addressed. DNA evidence is dismissed as images of cotton fields, desolate towns and poverty-stricken, gap-toothed neighbourhoods roll on like tumbleweed from 1990, united only by their desperation. Is the floridly-named district attorney Forrest Allgood really the villain of the piece, though? You get a sense of where we are when he asks his interviewer: “You really think she’d be the first child that was sold for a crack rock?”

Whether it’s the case of the battling bitemark specialists or Brewer’s bewhiskered, church-loving mother (he’s one of 15 children), this story transcends its talking heads, sprawling out of the box of the Innocence Project – it’s a cry from the heart that can’t be contained. The other cases serve to reinforce a series-long visual message from marginalised communities whose lives are punishing long before the justice system turns its crooked knife.