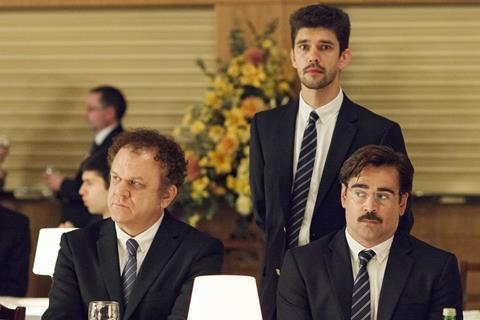 After Dogtooth and Alps, Greek director Yorgos Lanthimos and his regular screenwriter, Efithimis Filippou continue to mine an absurdist seam of black comedy-drama in their first English-language outing. The budget boost and all-star cast has done nothing to dilute the trademark weirdness of the Hellenic duo, nor their penchant for stilted dialogue. What lifts The Lobster beyond such avant-garde theatrical mannerisms, most of the time, is the pathos that seeps through the film’s unsentimental façade and its sheer belief in the dystopian world it delivers, a world in which single people are changed into an animal of their choice if they fail to find a partner within 45 days.

This is a world, perhaps a distorted mirror of our own increasingly superficial click-culture, in which people are known by their main traits

It may be based on universal human anxieties about love, relationships, compatibility and loneliness, but Filippou’s script takes on a defiant, prickly life of its own, refusing to play as an easy allegory: this is no linear emotional journey dressed in dystopian clothes in the style of Eternal Sunshine Of The Spotless Mind. This and the extreme stylisation of character and dialogue will produce diminishing returns for audiences that fail to engage with the film’s deadpan sense of humour. As a result, The Lobster is unlikely to reach out to those who had no time for Alps or Dogtooth, though it may well spur a few Lanthimos newcomers to collect the set.

Three recognisable but other-worldly settings are deployed in the course of the film: a hotel, a forest, and a city. None are heaven or even quite hell, but it’s the hotel that comes closest to purgatory: presided over by a stern, matronly manageress played by Olivia Colman, this is a last-chance saloon in the form of a posh but rather fusty country house resort on a rugged sea coast (actually Ireland’s County Kerry). We first see Colin Farrell’s sadsack character David ­– with his moustache, round glasses and bouffant hairdo, he’s a bit of Ned Flanders, in appearance at least – checking in and leaving his personal possessions. He has a dog with him – Bob, the only other of the film’s ‘characters’ to have a name that is ever spoken – who we later learn is his brother, a previous inmate of the hotel, who “didn’t make it”.

What ‘making it’ involves soon becomes clear. Singles are given 45 days to find a soul mate amongst the other solos on probation. If they do, they’re eventually sent to share a yacht in the bay for a couple of weeks to prove that they get on. Singles are also required to participate in hunting expeditions in the woods where the ‘loners’ live – escaped solos who, when immobilised by tranquiliser darts prior to being carted off for animalisation, score their hunter one extra day’s grace in the hotel.

This is a world, perhaps a distorted mirror of our own increasingly superficial click-culture, in which people are known by their main traits – so Ben Whishaw plays a recently widowed man with a limp, John C. Reilly a guy with a (hardly detectable) lisp, Jessica Barden a girl who suffers from nosebleeds and British comedienne Ashley Jensen a needy woman, attracted to David, who likes butter biscuits. Few have anything resembling a backstory; all we know about David’s past by the end is that he was in a relationship that ended, and he worked as an architect.

This last revelation comes when, after a failed attempt to connect with a heartless woman, David escapes to the woods to join the loners, where there’s no release from oppression: ruled over with iron discipline by Lea Seydoux’s character, the loners have their own equally restrictive rules, the main one being that no romantic or sexual relationships are permitted. This is a hurdle in the path of David’s growing interest in a fellow loner played by Rachel Weisz, who plays his ‘wife’ on trips into the city – a cold place of concrete and glass, shopping malls and soulless DIY superstores where the normal, happily-hitched people live.

The camera’s ironic detachment and the film’s sombre colour palette both match the script’s gelid emotional tone – a quality also embodied in Rachel Weisz’s slightly numbed voice-over narration. A soundtrack of jagged, brittle classical music by Schittke, Shostakovich and other composers brings the film’s edgy tension and menace to the fore, damping down the comedy that nevertheless bubbles up in a few carefully dosed laugh-out-loud one-liners. But the film’s most spot-on musical moment is when the hotel manageress and her portly partner croon a cheesy version of Gene Pitney’s Something’s Gotten Hold of My Heart’. It’s a song that celebrates the emotional catharsis of true love: an enduring myth that The Lobster puts under the magnifying glass – in the sun, until it starts to burn.