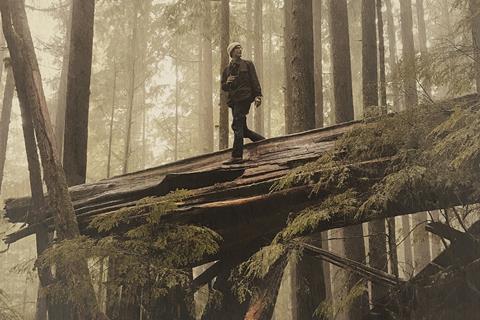 A celebration of scientific excellence and an account of a discovery which has ramifications for natural environments the world over, The Serengeti Rules makes for compelling viewing. Based on an acclaimed book by Sean B. Carroll, who appears sporadically in the film as a narrator in one of the film’s less elegant devices, the picture draws together the work of five ecologists and naturalists, working in far-flung locations around the globe. It’s a film which sounds an alarm, but, unlike most similarly-themed pictures, one which permits a chink of light into the traditionally bleak narrative of man’s impact on the land.

A quality scientific documentary which combines striking wildlife photography and persuasively argued ideas, The Serengeti Rules is in the happy situation of straddling both the cinema – it premieres in Tribeca’s spotlight documentary strand and both festival and theatrical bookings should follow – and prestige television. It should resonate with a similar audience to that of its Tangled Bank Studios stablemate, The Farthest, which likewise explored a bracing tale of scientific endeavour; albeit in space rather than on earth.

The key figure in the story is Bob Paine, a visionary ecologist whose early experiments involved chucking voraciously predacious starfish out of some tide pools and not others. He discovered that, without the hungry predator snacking on the rest of the food chain, the diversity in each pool was reduced. From this, he formed the theory that the traditional pyramid structure of the food chain was not necessarily driven from the bottom up, and that ‘key stone’ species, such as predators at the very top, were essential in maintaining a diverse ecology.

Other scientists found evidence to support his theory. Jim Estes, studying sea otters in the Pacific northwest, discovered that when the otter population was devastated as a direct consequence of whaling, the kelp forests were decimated by urchins, and diversity of fish stock was reduced. Mary Power studying freshwater fish and John Terborgh’s work on island wildlife communities in Venezuela also backed up the idea of key stone species, and their importance in maintaining a diverse landscape.

But then Tony Sinclair, working in the Serengeti, noticed that the wildebeest population, long suppressed by a disease which had recently been eradicated, had started to expand dramatically. But rather than ruin the environment, the population levelled out at pre-disease level. In addition, the diversity of plant and wildlife increased and the very landscape changed. The discovery that a downgraded environment could be rebuilt was a hugely important one: humanity could undo some of the damage which it had unwittingly wrought.

A quality package throughout, the film’s less successful elements include an overbearing score, which  sounds like a series of lightbulb moments as interpreted by a full orchestra, and an uneasy combination of archive footage and dramatic reconstructions. It excels, however, in its visual component, with stunning cinematography and arresting juxtapositions which give the sense of the tragedy of a downgraded ecosystem.

Screenplay: Nicolas Brown; based on the book by Sean B. Carroll