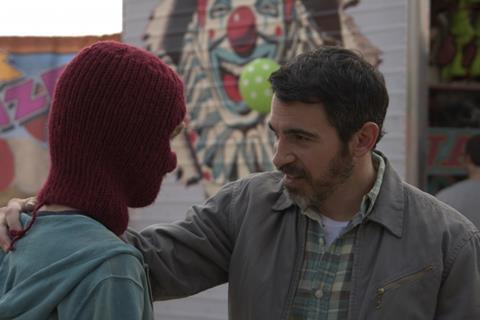 ‘The True Adventures Of Wolfboy’

The first feature by Czech-born commercials director Martin Krejcí features an enticing cast of newcomers and veterans along with an established, crowd-pleasing premise of an outsider child desperate to fit in. Think Wonder or, more particularly, Fur made as a coming-of-age narrative. But the high-concept attempt at balancing modern fairy tale with tough reality misfires, stranding the film as simply a very odd bird. The good news is that its message, the importance of embracing differences, is a valuable one for its most likely younger audience.

While the plot is grounded in a certain familiarity, the dominant tone is of a supercharged whimsy

The talented and busy teenager Jaeden Martell (St Vincent, It, Midnight Special) is Paul, a 13-year-old afflicted with hypertrichosis; a rare condition which sees his entire face and body covered in hair. He lives alone with his father, Denny (Chris Messina), his mother abandoning the pair of them when he was born. Not surprisingly, he’s tormented by bullies and self-loathing.

An awkwardly staged opening (a precursor of much to come) sees Denny take his son to a fairground for his birthday, intent that the boy take off his balaclava and reveal himself to the world in a dignified manner, in the hope that this will help him overcome his fears. It’s an overly optimistic plan that predictably goes awry. Later that night, Paul discovers a package seemingly from his mother, with a map and an address in another city. He runs away from home to find her.

Screenwriter Olivia Dufault conspicuously omits important back story; namely how father and son have coped thus far. But the assumption of years of emotional turmoil can’t work when the exchanges between them feel brand new, as though Paul really is a creature who’s just sprung to life. The incongruity chafes rather than pleases.

The titular adventures that follow involve Paul’s encounters with assorted outsiders – shady carnival impresario Mr Silk (John Turturro), who briefly turns the boy into an attraction, transgender girl Adriana (Sophie Giannamore) and Rose (Eve Hewson), an eye-patched delinquent. Adriana and Rose join Paul in the search for his mother, with Silk, Denny and the police in pursuit.

While the plot is grounded in a certain familiarity (the youngsters rob convenience stores to fuel their road trip, the detective is always one step behind), the dominant tone is of a supercharged whimsy. Chapters are marked by floridly drawn title cards such as ‘The dragon’s dilemma’ and ‘The wolf boy deals with the devil’; bars and hideaways become magical; and some of the performances strive way too hard to be either wacky (Hewson) or downright strange (Turturro).

In fact, Turturro typifies the film’s overreach. The transformation of the tight-trousered, goateed, ponytailed Silk from exploitative rogue to demonic avenger with an aphorism at every turn really doesn’t convince, and the deliberate nod to the actor’s immortal character Jesus Quintana (Silk is even seen weighing up shots at a fairground stall) just feels like self-indulgence.

It’s the youngsters Martell (making light work of his extra layer) and Giannamore who do most to anchor the film, each lending gravitas to their troubled adolescents. Production is solid, with Andrew Droz Palermo’s evocative lensing as adept with the bland conformity the kids are fighting against as the flights of fancy.