Alice Diop asks France, who are we, really? 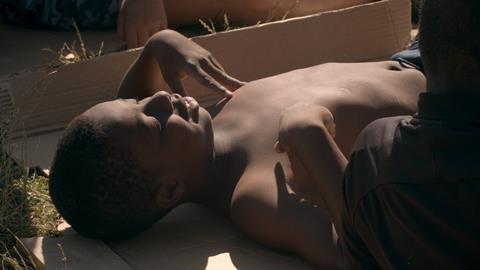 Award-winning documentary maker Alice Diop (On Call) whose father came to France from Senegal in 1966 and built a life for his family in the low-income Paris suburbs or banlieue, stitches a subtle, respectful and enlightening patchwork of contemporary French lives in We (Nous). The unifying thread is the regional commuter train line known as RER B — which runs from north to south, slicing through Paris as well as stopping in a swinging pendulum’s range of socioeconomic categories and settings from soulless concrete to lush woods. Diop participated in the two-million person unity march in January 2015 intended to show that the nation would not be cowed by the Charlie Hebdo terror attacks. Seeing newspaper headlines declaring that ’We Are One People’ Diop — who observed mostly white faces at the massive solidarity march — wondered ’Who is this ‘we?’

A patient eye and a natural flair for casual rhythms

To explore that imbalance, and highlight that people who have emigrated to France and their descendants are as much a part of French history as the nation’s kings buried over centuries in the Basilica of Saint-Denis, Diop sets out to depict the lives of modest people, who have been written out of history or simply considered of insufficient interest to bother describing and/or celebrating. This she does with a patient eye and a natural flair for casual rhythms.

We meet Ismael, an auto mechanic who lives in his van. After overhearing his end of a warm phone conversation with his mother during which he says he’ll be coming back to his native Mali “because I can’t stay here”, it’s a shock to learn the year of his most recent trip back home.

A half hour in, Diop inserts herself into the story, sharing snippets of vintage Hi-8 video that she says are the only remaining traces of her mother and father. Despite 40 years in France — Dad is heard stating that he never lacked for work, a situation that no longer applies for most immigrants — he and his wife paid for an insurance policy that would repatriate their bodies to Senegal when they died. Diop describes the wrenching moment when her father says it’s time she paid the premiums on her own policy and his France-born daughter (in 1979) informs him that she has no plans to be buried in Africa.

Particularly moving is a sober visit to the museum in Drancy, the suburb less than seven miles Northeast from Central Paris from which over 60,000 people — roughly 10,000 of them children and teens — were deported to the Nazi camps where most perished. In contrast to the Deportation museum we see mostly young Drancy residents sunning themselves and consulting their cell phones within yards of the permanently displayed authentic boxcar that made the trip to Auschwitz.

While the doc is unfailingly visual, Diop incorporates the written word spoken aloud. Drancy internees were permitted to write one letter a week and the messages that survived are wrenching.

Diop, whose approach here was inspired by Francois Maspero’s book ’Roissy Express: A Journey Through the Paris Suburbs’, is seen with Pierre Bergounioux, a prolific French author she admires who has published detailed accounts of his daily life in a mostly poor region of France which have never made their way into literature because they were assumed to be of minimal interest compared to the places where the upper classes did all the documentation-worthy moving and shaking.

Diop, who says she had long felt ashamed of wanting to leave her banlieue roots behind, has been inspired to affirm that only when the elusive ’we’ of the title are aware of each other’s lives — from the dedicated nurse who visits low-income patients at home to the costumed men and women who carry on the tradition of the hunt complete with period clothing, strident horns and leaping hounds intent on locating deer — will France fully embrace its astonishingly rich diversity.