Seth Rogen, Michael Keaton EFM title 'King of The Jungle' landing at STXfilms for US 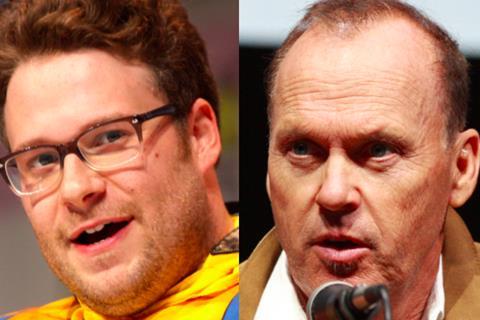 STXfilms is in final negotiations to acquire US rights to the comedy King Of The Jungle with Seth Rogen and Michael Keaton in talks to star. IMR International continues to offer international rights to buyers at the EFM.

Glenn Ficarra and John Requa (I Love You Phillip Morris) will direct the film from a screenplay by Scott Alexander and Larry Karaszewski based on a true story first published in Wired magazine by Joshua Davis.

King Of The Jungle tells the story of rogue tech magnate John McAfee (Keaton), creator of the McAfee Antivirus software, who cashed in his fortune, left civilisation, and moved to the jungle in Belize.

There, he set-up a Colonel Kurtz-like compound of guns, sex and madness. In the film, Wired magazine investigator Ari Furman (Rogen) accepts what he thinks is a run-of-the-mill assignment to interview McAfee, but once in the central American country finds himself pulled into McAfee’s escalating paranoia, and murder. STX has committed to a wide U.S theatrical release.

CAA Media Finance are brokering the deal with Carolyn Steinmetz and Jordan Lichtman at STX.