Programmers at the Park City jamboree’s upcoming 23rd edition announced on Monday the 11 narrative and eight documentary selections that will play in January. 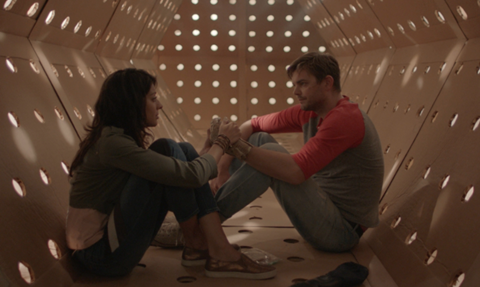 The 2017 showcase will also feature DIG (Digital, Interactive & Gaming), a platform of eight works by emerging artists working in cutting-edge digital media, while Polytechnic is a series of free workshops exploring disruptive perspectives on filmmaking from industry insiders.

“As filmmakers themselves, the Slamdance programmers and staff share the same creative spirit as the festival artists,” said Slamdance co-founder and president, Peter Baxter. “Our stories are different but our divergent attitude is the same.

“Together, we give a voice to DIY filmmaking. Empowering emerging artists is what we do, and you are about to see a great group at Slamdance 2017.”

The feature competition roster includes 16 premieres – 12 world, 3 North American and one US. All competition films are feature directorial debuts with budgets of under $1m and without US distribution.

Jury awards are presented for the best narrative feature and best documentary feature. Films in both categories are eligible for the audience award and Spirit Of Slamdance Award.

The 23rd Slamdance Film is scheduled to run from January 20-26.

NARRATIVE FEATURES
All synopses provided by the festival.

Aerotropolis (Taiwan)
Jheng-Neng Li
Allen invested everything into a beautiful home to flip for profit only to have it languish on the market, turning his daily life into a haze of financial pressures and an erosion of reality.
Cast: Chia-Lun Yang, Jui-Tzu Liu, Chong-Cyuan Huang, Chin-Yu Lin, Sih-Mei Liou, Ting-Li Bao, Chieh-Wen Deng, Zaw Lin Htwe.
World Premiere

Beat Beat Heart (Germany)
Luise Brinkmann
Daydreaming her way out of a broken heart, Kerstin’s denial as well as her days are shaken up with the arrival of her mother, dealing with her own relationship’s demise.
Cast: Lana Cooper, Saskia Vester, Till Wonka, Aleksandar Radenkovic, Christin Nichols, Jörg Bundschuh, Caroline Erikson.
North American Premiere

Kuro (France-UK-Germany-Luxembourg)
Joji Koyama, Tujiko Noriko
A Japanese woman living in Paris tends to her paraplegic lover, passing time by recounting a story about the time they once spent together in Japan, rich with anecdotes, myths and an unexpected dark turn.
Cast: Tujiko Noriko, Jackie.
World Premiere

DOCUMENTARY FEATURES
All synopses provided by the festival.

Bogalusa Charm (USA)
Stephen Richardson
Through the lens of an anachronistic charm school that has existed for almost three decades in rural Louisiana, we explore a town confronted with contemporary issues of class and race.
World Premiere

Hotel Coolgardie (Australia)
Pete Gleeson
Somewhere between Australia’s most isolated city and it’s largest gold pit lies Coolgardie, where the arrival every three months of a new pair of foreign female backpackers to work the only bar in town is keenly anticipated by the town’s hot-blooded males.

Strad Style (USA)
Stefan Avalos
A rural Ohio eccentric with an obsession for ‘Stradivari’ convinces a famous European concert violinist that he can make a copy of one of the most famous and valuable violins in the world. Fighting time, poverty, and most of all - himself - Danny Houck puts everything on the line for one shot at glory.
Cast: Daniel Houck, Razvan Stoica, David Campbell, Rodger Stearns, Mary Houck.
World Premiere