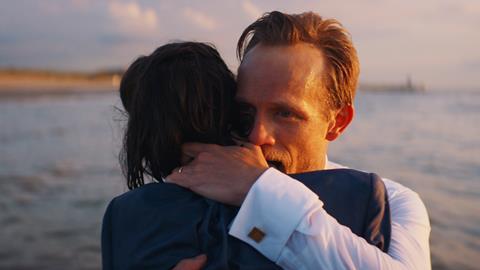 Check out the first images from Bac Films’ The Enemy, the highly anticipated new film from Stephan Streker, whose previous feature, A Wedding (NOCES), was selected at TIFF in 2016.

This time the director is adapting a true story that shook Belgium a few years ago. A prominent politician is accused of having murdered his wife, found dead in their hotel room. The case blows up into an intense media storm. Is he guilty or innocent? Nobody knows. Perhaps not even him.

Bac FilmsBac Films spe­cial­izes in devel­op­ing, financ­ing, pro­duc­ing and releas­ing cut­ting edge inde­pen­dent films for the French mar­ket and beyond. Since its cre­ation in 1986, BAC Films has main­tained itself as one of the lead­ing Euro­pean dis­trib­u­tors and inter­na­tion­al deal­ers for inde­pen­dent film with over 550 films released, among which 9 Palmes d’Or.