Director: Although born in the UK, Ben Aston spent his childhood in Asia, returning to Bath when he was 14. 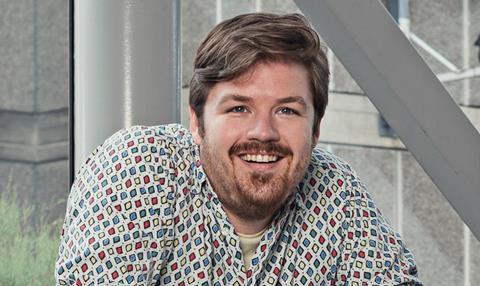 All the while, though, he was making films. “Ever since I can remember, if I wasn’t making films I was feeling quite lame,” he says.

The team has produced two highly successful shorts: the special-effects-laden He Took His Skin Off For Me (Aston’s graduation film) and Russian Roulette, made on the cheap in his bedroom — he says it cost around $75 (£50) — during the post-production of Skin.

While Skin is full of impressive shots involving the actor Sebastian Armesto wearing, literally, a skin suit (Aston persuaded special-effects veteran Colin Arthur to help out), it is the five-minute Russian Roulette that has been the biggest surprise; the film won the Jury Prize at Sundance London and was nominated in The Wrap’s 2015 ShortList awards (one of only 12).

“We had no idea it would take off like this,” says Aston, who is working on feature project John Moves In, used Kickstarter to fund Skin and says he’s comfortable with the internet as a fundraising tool. “I want to do something next that brings as much out of me and everyone else around me as Skin and Roulette did.”