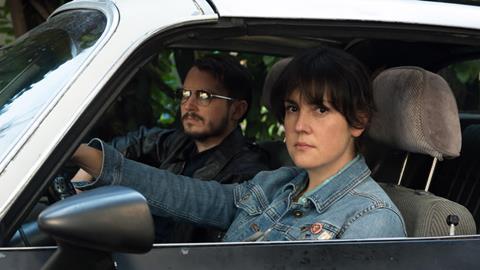 In the grand jury prizes, Macon Blair’s I Don’t Feel At Home In This World Anymore claimed the US dramatic award and Dina by Dan Sickles and Antonio Santini won U.S. documentary.

In the audience awards, Matt Ruski’s Crown Heights and Jeff Orlowski’s Chasing Coral were the favourites in the US dramatic and documentary strands.

World cinema selections I Dream In Another Language by Ernesto Contreras and Joe Piscatella’s Joshua: Teenager vs. Superpower emerged victorious in the dramatic and documentary sections.

“This has been one of the wildest, wackiest and most rewarding festivals in recent memory,” said festival director John Cooper. “From a new government to the independently organised Women’s March On Main, to power outages, a cyberattack and snow at record levels, the work of our artists rose above it all and challenged and changed us these last 10 days.

“I am most proud that, through it all, we have formed a community that is bound tighter by the art we make and the ideas we support.”

Keri Putnam, executive director of Sundance Institute, added: “Let’s take the amazing energy we feel here at the festival when we share stories with one another, and work together on behalf of the arts for the future we want to see.”

Overall 119 features and 68 shorts selected from 13,782 submissions screened at the festival, alongside new episodic work, panels, music and New Frontier.

The festival ran from January 19-29. Full Sundance 2017 winners appear below.

US Dramatic
I Don’t Feel At Home In This World Anymore (pictured), dir. Macon Blair

The Directing Award: U.S. Documentary
Peter Nicks for The Force

Short Film Grand Jury Prize
And So We Put Goldfish In The Pool., dir. Makoto Nagahisa).

The winning directors and projects of the 2017 Sundance Institute Global Filmmaking Awards, in recognition and support of emerging independent filmmakers from around the world on the basis of their next screenplay, are:

Anish Savjani and Neil Kopp, (I Don’t Feel At Home In This World Anymore) and Joslyn Barnes (Strong Island).