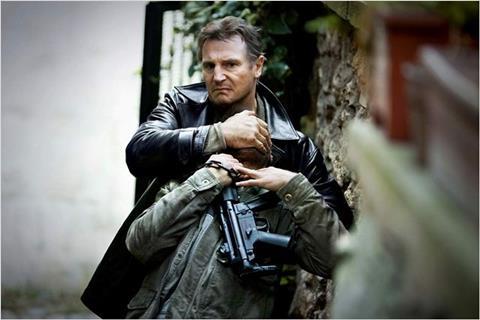 Fox’s sequel shot its way to an excellent $6.0m (£3.7m) for $23.2m (£14.5m) after two weeks in play, only dropping 40% from its impressive opening bow. It’s swiftly moved into the top twenty highest grossers of the year and, unless it drops significantly, should easily move into the top ten in due course.

Sony’s Hotel Transylvania was the week’s highest new entry following a $2.8m (£1.7m) debut from its 471 sites to land in second. That tally compares favourably to the recent release of similarly horror-tinged animation ParaNorman, which opened with $2.3m (£1.4m) last month.

Were previews counted in this week’s chart, Paramount’s Madagascar 3: Europe’s Most Wanted would have been second thanks to a strong return of $4.8m (£3.0m) from its Sat-Sun previews in 552 cinemas. The threequel is now open in Scotland, before expanding nationwide this Friday with the previews added to its opening three-day tally this week.

Momentum’s horror Sinister enjoyed a superb second weekend and was on course for less than a 20% drop week-on-week, a remarkable achievement given that horrors tend to be front-loaded at the box office. Exact figures were unavailable at the time of writing.

eOne’s Looper recorded a third straight weekend above £1m as it continued its decent run in the UK with an additional $1.9m (£1.2m). Rian Johnson’s sci-fi crossed the £7m mark over the weekend and has amassed $12.2m (£7.6m) to date.