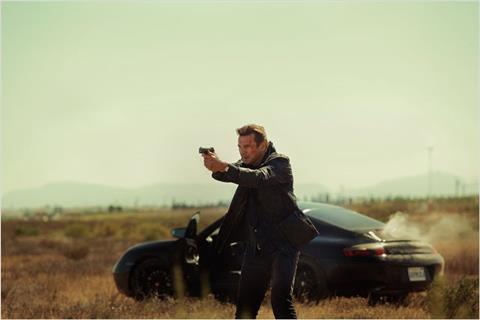 Liam Neeson’s one-man-army Bryan Mills has clearly not renewed his passport for this rather familiar sequel as he sets about killing foreigners in Los Angeles rather than going through the trouble of having to head to Europe. Neeson’s gnarly charisma is the film’s big-selling point, and while this time round it does feel rather by-the-numbers there is a clear and willing audience out there who want to see Mills make use of his unique skill set.

The best thing about the film is Neeson’s grim-faced sense of honour and nobility.

The film, which opened in Hong Kong today (Jan 1) and is released in the US and Europe next week tones down the ultra-violence that make the original film so popular and sticks with action rather than bloodshed as the Mills family suffers more hassle at the hands of stony-faced gangsters (this time round Russian mobsters).

In 2008’s Taken, Mills had to head to Paris to rescue his 17 year-old daughter Kim (Maggie Grace) who was kidnapped by Albanian slave traders, while in the Istanbul-set sequel it was his ex-wife Lenore (Famke Janssen) who suffered at the hands of the Albanian’s family and friends who had revenge on their minds.

This time round screenwriters Luc Besson (also producer) and Robert Mark Kamen resort that that old crime-movie standby of having Mills accused of a murder he very clearly didn’t commit. Hardly original to be sure, but it is really that to launch the ever-able Mills into a ‘protect his family at all costs’ scenario that pitches him against local LA cops as well as hordes of black-suited Russian mobsters.

The film opens at a slow pace that seeks to re-enforce (as if we didn’t know) the bond between Mills and his ex-wife and (now-college student) daughter. He picks up an oversized teddy bear as a present for Kim (clearly the man is living in the past and has forgotten she grew up quickly after her violent close encounters in Paris and Istanbul), and meets up with Lenore, who is in an unhappy marriage with wealthy Stuart (Dougray Scott).

With Mills on the run in LA, this time round he has to avoid killing local cops – led by Inspector Frank Dotzier (Forest Whitaker) – while also tracking those pesky Russian mobsters. Efforts are made to convince the audience that Dotzier is the Mills’ intellectual equal when it comes to detective work, but in truth (and despite Whitaker’s best efforts to give his character personality, which tends to involve him looking at a chess figure and mulling over why Mills would bring fresh an warm bagels to a murder scene) he is little more than a clichéd cop.

The best thing about the film is Neeson’s grim-faced sense of honour and nobility, and while this time round the violence is pretty mild (the series is chasing the younger action-crowd) and packed with rather familiar chase scenes there are still some action sequences that deliver, with Olivier Megaton (who also directed Taken 2) a dab hand at sustaining the flow of the film’s by-the-numbers adventure tone. Neeson, though, looks the part and dominates the film – though rather nicely his ex-special forces buddies also get involved as they bond on the golf course and at their underground club house – as he gives Mills the bullet-proof persona that meshes perfectly with the premise of the simple story.