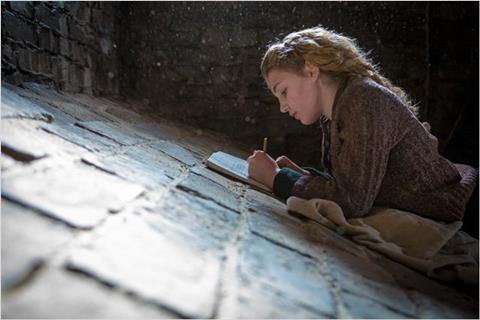 In the hands of sought after British TV director Brian Percival, best-selling novel The Book Thief turns into a warmly emotional if slightly old fashioned period drama with an appealing young heroine and a nicely utilised World War II backdrop. The big screen version, whose cast is headed by Geoffrey Rush and Emily Watson, should work for youthful fans of the book as well as older upmarket moviegoers, especially if it garners awards season attention.

Percival (best known for his award-winning work on Downton Abbey) steers the action with a steady and assured hand, giving the dramatic scenes a quiet force that accumulates as the story progresses.

A November 8 limited US launch through worldwide distributor Fox will give the film awards season visibility and enough time to go wider for the Thanksgiving and Christmas holidays. The book’s global popularity (it has been translated into 30 languages) will help during the international roll out, most of which comes in the New Year.

Michael Petroni (The Chronicles of Narnia: Voyage of the Dawn Treader) adapted Markus Zusak’s 2005 novel and he introduces 11-year-old Liesel (French-Canadian actress Sophie Nélisse, from Monsieur Lazhar) on her way to live with foster parents in a pre-war German town.

Trying to adapt to her new life with kindly Hans (Rush) and stern Rosa (Watson), Liesel uses books to comfort herself and relate to others, among them a Jewish refugee (Ben Schnetzer, from US TV’s Happy Town) and a loyal schoolfriend (German youngster Nico Liersch). Over the course of the next six years, the characters are variously affected by Hitler’s rise to power and the war that follows.

The film isn’t particularly well served by its sometimes studio-bound look (it was mostly shot at Berlin’s Babelsberg) or the decision to have all the actors speak with German accents and use occasional German words.

But Percival (best known for his award-winning work on Downton Abbey) steers the action with a steady and assured hand, giving the dramatic scenes a quiet force that accumulates as the story progresses.

Rush, Watson and the mostly German supporting players add to the dramatic heft and Nélisse - who may represent the film’s best hope for award nominations - is terrific as the spirited heroine.