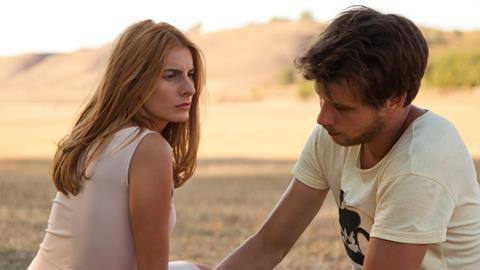 Writer/director Mina Đukić ‘s feature debut The Disobedient (Neposlusni) is a lush and lyrical tale, rich in its presentation of tantalising pastoral romance set against a beautiful sunbaked landscape.

Mina Đukić’s thoughtfully constructed film is nicely performed, and she makes great use of the cinematography, design and a playful score to help present a rich and vivid picture of bucolic romantic bliss set against the realisation that it is hard to recapture childhood relationships.

The film, which premiered in the world dramatic section at the Sundance Film Festival, has aspirations to be a magical tale of love and longing, and while it succeeds for large sections, its lead pair of young would-be lovers are never quite as charismatic as the film thinks they are.

But there is much to enjoy in this beautifully shot film – much credit should go to Đorđe Arambasić’s stunning cinematography – and director Đukić is clearly a talent to watch.

The film opens with footage of youngsters Leni and Lazar who are the best of friends. When Lazar (Mladen Sovilij) returns from travels abroad for his father’s funeral, Leni (Hana Selimović) sees him at the ceremony, and at the dinner following the funeral the pair tentatively start their playful game-playing all over again.

Leni, who is playfully quirky – as well as conducting a series of affairs, she yearns to reconnect with her childhood soul mate, but the pair cannot quite connect. She is pregnant and glumly works at a pharmacy, but when Lazar finally comes calling the pair gleefully head off together, embarking on a cycle ride through the sunbaked countryside.

Sequences of them cycling along empty roads alongside vast cornfields are set alongside their rather juvenile pranks (such as annoying people at markets; stealing food from stallholders and contriving to drunkenly enjoy themselves at a wedding reception) that they seem to find charming rather than obnoxious.

Leni struggles to work out whether their youthful bond could lead to anything more serious, while Lazar is bemused by her oddball behaviour at times. They bond with a small boy who they meet on their travels (he is directed to join the pair by the ‘narrator’ who pops up during portions of the film), and form a kind of idyllic family before the realisation that firm decisions have to be made.

Mina Đukić’s thoughtfully constructed film is nicely performed, and she makes great use of the cinematography, design and a playful score to help present a rich and vivid picture of bucolic romantic bliss set against the realisation that it is hard to recapture childhood relationships.