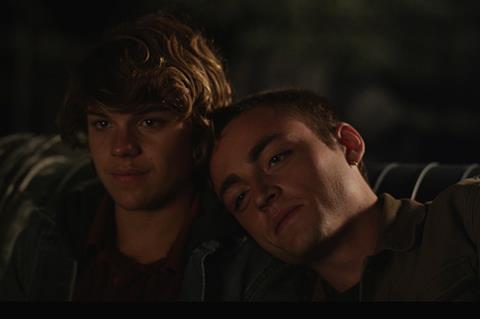 First-time director Jean Denizot delivers a nuanced, emotionally authentic coming of age story in this tale of a pair of brothers who go into hiding with their dad following a custody battle. Mixing some of the child-of-nature adventure spirit of Mark Twain’s literary classic Huckleberry Finn (which is referenced) with the lesson of Noel Baumbach’s semi-autobiographical film The Squid And The Whale – that sons sometimes have to learn to outgrow the emotional immaturity of their fathers – The Good Life (La Belle Vie) is grounded by its sympathy for its young protagonists, and by the incendiary performance of 17 year-old Zacharie Chasseriaud in the main role.

The way the film juxtaposes nonchalance and damage, jaunty country and western numbers with darker notes, says something quite profound about an age when despair and elation can switch places in an instant.

Well received at its Venice press screening, the film has a certain breezy charm to it, as well as a dramatic bite, that in the hands of the right distributor could perform well on the indie circuit.

Chasseriaud plays Sylvain, the younger of two brothers who have been on the run in a series of safe houses and remote locations in rural France ever since their father Yves (Bouchaud) kidnapped them – with the boys’ apparent consent – when he found himself on the losing side of a custody battle around ten years before. Though based loosely on a true-life French case that achieved some notoriety when the father was arrested in 2009, Denizot and his co-scripter Moreau are more interested in the curious mix of freedom and constriction that this clandestine upbringing would entail.

The boys don’t have to go to school or knuckle down to any sort of routine; but at the same time, they’re trapped in a vision of the world dominated by their father’s warped and self-pitying denial not only of the maternal principle, but also of any meaningful interaction between his sons and other young people of their own age.

At first the Huckleberry notes dominate – indeed it’s only ten minutes in that we realise that free-roaming, horse-riding Sylvain and his older brother Pierre (Pelissier) are anything other than sons of an eccentric but harmless cheese-making and beekeeping farmer dad. When they’re forced to pack up and leave for what, it soon becomes clear, is by no means the first time, Pierre decides he’s had enough and disappears, leaving the uneven relationship of Yves and Sylvain to come to a slow boil as Sylvain comes into his independence, and begins to free himself from his benign succubus of a father.

It’s the way this is done that keeps us interested: what could have been a dark and twisted story is managed with a lightness of touch, the thrust of the film’s argument being that kids can turn out okay even in the most unpromising situations. Sylvain’s okayness is sealed by a tender but real-feeling romance he embarks on with Gilda (Rigot), a girl who lives in the village across the water from the Loire river island where he and his dad eventually hole up.

There are wobbles – Boucaud’s performance, though strong, is a little actorly, and the film’s visual style, especially in the rather flat interior scenes, never quite matches the strength of the script and performances. But the way the film juxtaposes nonchalance and damage, jaunty country and western numbers with darker notes, says something quite profound about an age when despair and elation can switch places in an instant.