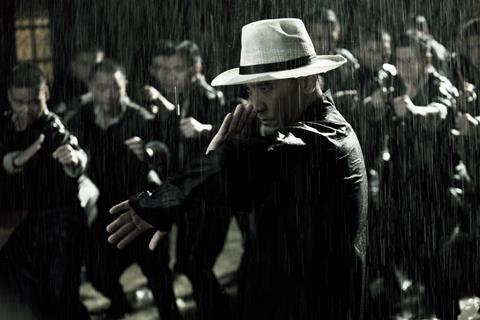 Forget about any preconceptions you may have on Ip Man and, indeed, genre conventions. Barely illuminating as a biography and quietly anticlimactic as a kung fu epic, The Grandmaster, Wong Kar-wai’s years-in-the-making project on the real-life Wing Chun master who famously trained Bruce Lee, is nonetheless a kind of cinematic feat. It is at once loyal to the Hong Kong director’s aesthetic sensibilities and the myriad of martial arts traditions that he’s gone to exhaustive length to pay homage to.

As if being pulled back by the gravity of Wong’s insular world of romantic yearning and regrets, the film, in spite of an action-packed first half, climaxes not with a showdown fight but a peaceful heartbreak.

As one of the world’s pre-eminent auteurs of the past two decades, Wong, with his latest effort’s more traditional pacing and top-notch action choreography, looks to have finally found a level of commercial success that’s previously alien to him on his home turf. The film opened in mainland China and Hong Kong this week to very handsome opening box office figures; it will next go on general release on January 18 in Taiwan, to be followed by its international premiere on February 7, when the film will screen out-of-competition as the Berlinale’s opening film.

A sumptuously visualised yet unevenly narrated martial arts drama, The Grandmaster explodes into life with its pre-credit action sequence, in which Tony Leung Chiu-wai, playing Ip Man as a smirking man about town, sees off an incessant flow of challengers in a dimly lit alley drenched in rain. The scene’s staging may bring to mind a similar setting in the Matrix trilogy, which shares the same action choreographer in Yuen Woo-ping, but the moves in this set-piece – and, indeed, the rest of Wong’s film – are rendered with even more clarity and sophistication. Aided by the precise cinematography of Philippe Le Sourd, it’s possible for the audience to recognise the intensive training that the main actors have gone through in their characters’ respective fighting style.

In terms of narrative flow, it is to the director’s credits that he doesn’t once rely on the customary Japanese villains – the kind of stock characters that have been heavily utilised by the other action biopics on Ip released in the last few years, such as the two Wilson Yip-directed, Donnie Yen-starring Ip Man movies, as well as Herman Yau’s 2010 ‘prequel’ The Legend Is Born: Ip Man – to drive the story forward. As if being pulled back by the gravity of Wong’s insular world of romantic yearning and regrets, the film, in spite of an action-packed first half, climaxes not with a showdown fight but a peaceful heartbreak.

In fact, there will be love for The Grandmaster, which appeared to be quite a thematic detour for the auteur when the biopic was first announced a decade ago. While not nearly scaling the emotional heights of In The Mood For Love, the new film is essentially a decade-spanning would-be romance in which Tony Leung, perhaps in an unintended twist, isn’t even the most captivating actor in the story; that honour goes to Zhang Ziyi, whose defiant yet disheartening performance against Leung in 2046 finds its perfect reverberation in this film.

The year is 1936 and the martial arts community in Foshan, an affluent city in southern China, is growing restless over the imminent retirement of Gong Yutian (Wang Qingxiang) at the helm of the Chinese Martial Arts Association. In the hope of finding a worthy successor, the northeastern master sets up a battle of wit with the best fighter from the south – this happens to be Ip Man – and gracefully passes on his authority when the newcomer wins the duel. Incensed by the blemish on her father’s invincible reputation, however, Gong Er (Zhang) seeks out Ip for a follow-up contest – only to clandestinely fall for the married man in the film’s most intimately staged battle.

The unspoken affection between Ip Man and Gong Er will subsequently prove futile, as the former’s livelihood is severely interrupted by the Sino-Japanese War, while the latter, originally engaged to marry, is forced to give up everything to avenge her father’s death at the hands of a former protégé, Ma San (Zhang Jin). In typical Wong Kar-wai fashion, Ip and Gong drift apart towards their destinies for the next decade and a half, before finally – and very briefly – meeting again to contemplate what might have been. Taking the place of his leading lady’s cheongsam in In the Mood for Love, the director’s perfunctory chronicle of Ip Man’s life here seems to function less as an account of the man’s legacy than a marker of the passage of time.

As a biopic, indeed, The Grandmaster is almost pedestrian to a fault. Ip’s background and life philosophy is expounded through the character’s own voiceover, often from a bafflingly omniscient perspective, while the only substantial relationship that he has developed in the film – aside from Gong Er – is that with his wife, who is played by Korean actress Song Hye-kyo in no more than a few nearly-wordless sequences.

Scattered with worldly philosophical musings by veteran martial artists, The Grandmaster may be described simultaneously as a mediocre attempt at biography and an engrossing slice of wisdom that poetically encapsulates the martial arts tradition in which Ip was deeply entrenched. It’s simply not always possible for the audience to know what Mr Ip is thinking – or feeling.

The amendments of the film’s English title in the past few years – from Grandmaster to The Grandmasters back to the newly confirmed The Grandmaster – may also hint at the subtle changes in Wong’s conception of his ambitious tale. Only Tony Leung and Zhang Ziyi are currently billed in the opening credits, while the rest of the high-profile cast, including Chang Chen, Zhao Benshan and Song Hye-kyo, end up in parts that leave quite a lot to the audience’s imagination. In particular, Chang’s character The Razor, who is allegedly one of the masters, has a grand total of three scenes throughout – one of them being clearly at odds in tone with the rest of the film, and none being directly connected to the story of Ip.

Rumours continue to persist that Wong finalised his edit in great haste for the local release. (There are noticeable signs: the release dates were repeatedly postponed, a few days at a time, in the past couple of months; there are two different prints in circulation in Hong Kong cinemas, one being with English and Chinese subtitles and the other with only Chinese subtitles.) Seeing that the current version of The Grandmaster – at 130 minutes – was reportedly trimmed down from a four-hour rough cut, fans may hang on to their faintest of hope that the notorious perfectionist will be tempted to return to the editing room for an alternative cut. After all, last time he tried – with Ashes of Time – it had only taken Wong 14 years to finish.