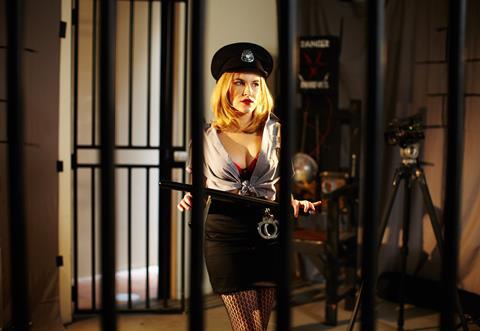 This Australian collection of fetishist tales is set in the otherwise ordered, middle-class suburbs of Sydney where the quest for la petite mort — French euphemism for orgasm — is as urgent as anywhere. Portmanteau style, the movie presents five couples coming (or not coming) to terms with their own particular sex problem. It’s an odd mixture of broad farce and secret pain: at a packed Sydney Film Festival premiere this outspoken comedy was riotous to some, often creepy to others.

Hollywood fratboys/buddies sex comedies are an established money-spinning genre. Maybe Aussie suburban fetishistic sex will be the next big thing.

Handsomely set and well acted throughout, this is director/writer/actor Josh Lawson’s debut feature. Well known in local television drama, Lawson has had recent Hollywood acting success with The Campaign (2012) and Anchorman 2: The Legend Continues (2013).

Into the suburban mix comes smiling newcomer Steve (Kim Gyngell), who presents each of the couples with a box of homemade ‘golliwog’ biscuits while officially informing them that he is a convicted sex offender.

There are plenty of laughs in all this farcical explicitness, but also discomfort when their fetishes drive characters into acts of cruelty and pain. Maureen’s induced comas and Maeve’s rape fantasies will be a challenge to most viewers.

Much is forgiven with the late arrival of the sixth story, in which Sam (TJ Power), a mute, calls switchboard operator Monica (Erin James) via Skype and, using sign language, asks to be linked to a phone sex line. The blushing Monica makes the call and gets into a charmingly sexy muddle. It’s something of a triumph for Erin James in her first movie role.

Hollywood fratboys/buddies sex comedies are an established money-spinning genre. Maybe Aussie suburban fetishistic sex will be the next big thing.