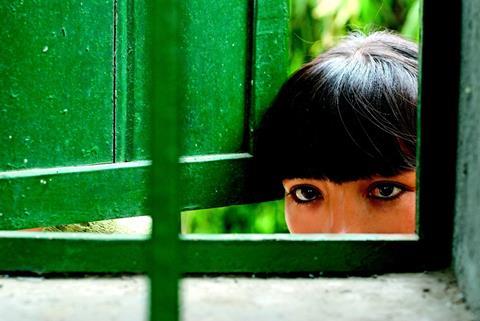 A potentially absurd script about a sorrow-blighted young woman with a potato in an intimate spot, which mixes Peruvian folk beliefs with cod-Freudian allegory, is almost saved by the stylistic bravura of director Claudia Llosa’s mise-en-scene. Arthouse audiences will find themselves dipping in and out of engagement but the story is too contrived in the long run to resonate much beyond its own four walls.

Shot with a mix of carefully framed longshots and mobile close-ups, this measured, mannered film draws strength and authenticity from its location

With its attention-grabbing premise, visual confidence and hummable soundtrack, this atmospheric film may attract a few niche distributors who serve sophisticated urban markets but outside Spain (where it will be released on Feb 13 the day after its Berlinale premiere) and parts of Latin America, it will probably find a safer home on the festival circuit.

The film centres obssessively on Fausta (Solier) who suffers from ‘la teta asustada’ - literally ‘the frightened breast’ - a condition popularly believed to afflict the children of those born to women who were raped or abused during Peru’s years of terrorism. Fausta seems paralysed by fear, with tears continually brimming over in her eyes. After her elderly mother dies and Fausta collapses, a doctor discovers that she has inserted a potato into her vagina as a protection against rape. Returning to her village, tuber still in place, Fausta tells her taciturn uncle (Ballon) that she is trying to find a way to raise the money to take her mother’s body back to her distant home province to be buried.

She finds a job as a night maid in the big house in town which belongs to neurotic pianist and composer Aida (Sanchez). Hearing Fausta sing one of the songs with which she attempts to exorcise her fears, Aida, who is making no progress on her latest sonata, offers to give Fausta a pearl from a broken necklace each time she sings to her. Meanwhile, as Fausta begins a shy friendship with middle-aged gardener Noe (Solis), her uncle is putting pressure on her to remove her mother’s body before the marriage of his Maxima.

Shot with a mix of carefully framed longshots and mobile close-ups, this measured, mannered film draws strength and authenticity from its location, conveying the sweaty, hard tenor of life in the poor outskirts of Lima where Fausta’s family lives; bare arid hills rise up behind jerry-built houses, brightened inside by garish paint and religious tack.

But despite a controlled performance by Soller, we are held back from committing to Fausta by the contrived allegorical arc of the script. For those who can keep a straight face a great deal of beauty remains, however, not only in the poised photography but also in the soundtrack of lilting, melancholic guitar melodies and songs.