Profiles and sales details of the gala and special presentations, plus key world premieres at this year’s Toronto. 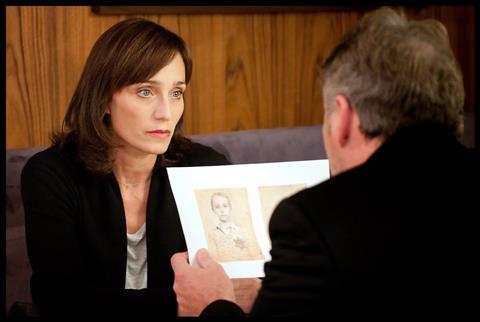 Ryan Phillippe stars in this true story of young photographers documenting the last days of apartheid in South Africa. Based on the book of the same name, the story follows four photographers who gained international fame in the final bloody days of white rule. Canada’s Foundry Films and South Africa’s Out of Africa Entertainment co-produced. Entertainment One has already sold to a number of territories including Scandinavia (Scanbox), Brazil (IDC), Middle East (Falcon), Benelux (Paradiso), Taiwan (Catchplay) and Australia (All Interactive).

A BEGINNER’S GUIDE TO ENDINGS (Can)

Robert Redford has assembled a fine cast for this true-life story about Mary Surratt, who stood trial for conspiring to assassinate Abraham Lincoln. James McAvoy plays Surratt’s attorney and brings his customary awards season heft, but all eyes will be on Robin Wright to see if her lead performance is worthy of an Oscar nomination.

Alessandro Nivola, Abigail Breslin and Elizabeth Shue star in the story of a rocker who meets his young daughter for the first time and is forced to take her on the road. As his wild antics make him increasingly unpopular with the band, he is left with only his daughter and her surprising musical talents. Unified Pictures/Industrial are jointly handling international sales and CAA represents North American rights.

Massy Tadjedin wrote and directed this romance starring Keira Knightley and Sam Worthington as a married couple who each separately experience temptation on one night. While Worthington goes on a business trip with an attractive colleague, Knightley encounters an old flame. Eva Mendes and Guillaume Canet round out the key cast. CAA represents North America, the UK and Australian rights. eOne holds Canadian rights.

Guillaume Canet’s follow-up to his international hit Tell No One stars Marion Cotillard and follows a group of friends whose holiday at the beach is interrupted by a serious accident. Blending comedy and drama, Little White Lies also features Jean Dujardin, Francois Cluzet, Benoit Magimel, Anne Marivin and Gilles Lellouche.

Occupant Films, the Los Angeles-based producers behind All The Boys Love Mandy Lane and The Wackness, return with a story about the mayhem caused by a family member’s kiss-and-tell novel. Occupant holds international rights and CAA represents North America.

Some 11 years after East Is East premiered at Toronto, its sequel comes to the festival, this time by debut feature director Andy DeEmmony. With the same writer, Ayub Khan-Din, and cast members Jimi Mistry, Om Puri and Linda Bassett, the sequel catches up with the Khan family on a journey from Salford to rural Pakistan.

Danny Boyle returns to Toronto with his eagerly awaited follow-up to Slumdog Millionaire, which won the audience award at the festival two years ago. Scripted by Boyle and Slumdog writer Simon Beaufoy, the film stars James Franco as real-life mountain climber Aron Ralston, who became trapped in an isolated Utah canyon and had to extricate himself by any means possible. Boyle’s Millions world-premiered in Toronto in 2004.

John Sayles’ latest work is a fictional account of events during the Philippines-American War at the start of the 20th century as tensions rise in a garrison left to defend a remote region. Chris Cooper, DJ Qualls and Garret Dillahunt star.

French director Pierre Thoretton puts the spotlight on fashion designer Yves Saint Laurent in this documentary about his career and lifelong partnership with Pierre Bergé. Thoretton’s debut feature, which screened in the market at Cannes, uses archive footage and images of the designer’s house, focusing on his decision to auction off a lifetime of precious art and objects.

Thumbsucker director Mike Mills returns with Beginners, starring Ewan McGregor as a grieving man who meets a captivating French woman as he tries to come to terms with his late father’s 11th-hour declaration that he was gay. Christopher Plummer and Inglourious Basterds’ Melanie Laurent also star.

French director Eric Lartigau makes his Toronto debut with the follow-up to his 2006 romantic comedy I Do. The director’s fourth feature is an adaptation of a Douglas Kennedy novel, which Lartigau has co-written with Laurent de Bartillat. Romain Duris stars as a jealous husband who kills his wife’s lover before assuming his identity as a photographer.

Rowan Joffe makes his feature directorial debut with a 1964-set adaptation of Graham Greene’s novel about a razor-wielding teenager. Joffe, who won a best director Bafta for TV drama The Shooting Of Thomas Hurndall, has also written the screenplay for the film, which stars Helen Mirren, John Hurt, Sam Riley and Andrea Riseborough.

This true story stars Hilary Swank as a working mother who puts herself through law school in an effort to represent her brother, wrongfully convicted of murder. Sam Rockwell also stars and Fox Searchlight holds rights in North America, the UK, France, Japan, Australia, New Zealand and South Africa.

EVERYTHING MUST GO (US)

Will Ferrell stars as a motivational speaker who loses his job and returns home to discover his wife has left him, changed the locks and thrown all his possessions onto the front lawn. Digging deep to survive, he devises an absurd garage sale that spirals out of control and unexpectedly leads to renewal.

FORCE OF NATURE: THE DAVID SUZUKI MOVIE (Can)

A documentary portrait about the passionate environmentalist, combining his legacy lecture with candid interviews in which he reflects on his life and shares personal stories.

Keanu Reeves plays the lead in this story about a man sent to prison for a crime he did not commit. Vera Farmiga also stars with James Caan. Lisa Wilson’s GK Films affiliate Parlay Films is handling international sales and CAA represents US rights with Cassian Elwes.

The prolific Clint Eastwood’s annual movie venture follows three people haunted by mortality in different ways. The lives of a psychic blue-collar worker, a French journalist who has a near-death experience and a grieving London schoolboy intersect as their search for answers draws them together. Matt Damon, Cecile de France, Jay Mohr and Bryce Dallas Howard are among the cast. Warner Bros holds worldwide rights.

IT’S KIND OF A FUNNY STORY (US)

Acclaimed film-makers Anna Boden and Ryan Fleck (Half Nelson) return with this tale about a clinically depressed teenager who gets a new start when he checks himself into an adult psychiatric ward. Zach Galifianakis stars with Emma Roberts and Viola Davis. Focus Features holds worldwide rights.

A woman suffering from a degenerative eye disease finds her blind twin sister hanged in the basement of her house and decides to investigate what she feels is a murder case. Starring Belen Rueda and Lluis Homar, the film is executive produced by Guillermo del Toro.

Matt Reeves burst on to the scene when Cloverfield became a monster hit worldwide and his follow-up is an adaptation of the Swedish vampire hit Let The Right One In. Featuring Richard Jenkins and the red-hot junior duo of Chloe Moretz (Kick-Ass) and Kodi Smit-McPhee (The Road), Let Me In focuses on the friendship between a bullied schoolboy and his mysterious new 12-year-old neighbour during a spate of grisly murders.

MADE IN DAGENHAM (UK)

Calendar Girls director Nigel Cole returns to Toronto after the 2008 $5 A Day with Made In Dagenham, based on the true story of a 1968 strike at the Ford Dagenham car plant in which a group of female workers walked out in support of equal pay. Written by William Ivory, the film boasts a stellar British cast including Sally Hawkins, Bob Hoskins, Miranda Richardson and Andrea Riseborough. Sony Pictures Classics has already picked up US rights.

The latest from Before The Rain director Milcho Manchevski consists of three stories set in contemporary Macedonia. The first tale centres around a child whose friend is accosted by a flasher; the second follows a film crew in search of old rural traditions; and the third chronicles the shocking deaths of a number of women killed by a psychopath.

First-time feature film maker Kiran Rao makes her directorial with this Mumbai-based drama about class divisions, starring her Indian superstar husband Aamir Khan, with whom she co-produced the film. Rao has written the script, which centres around a painter (Khan), a rich American tourist (Monica Dogra) and a laundry boy (Prateik Babbar).

Adapted by Alex Garland from Kazuo Ishiguro’s novel, Never Let Me Go stars Carey Mulligan alongside Keira Knightley and new Spiderman Andrew Garfield as three former English boarding-school pupils who are forced to confront the truth about their seemingly idyllic past, with disturbing results.

Mitch Glazer’s modern fable stars Mickey Rourke as a down-on-his-luck jazz trumpet player who forms a bond with Lily, played by Megan Fox, a woman born with wings who has wound up as a carnival sideshow attraction. The damaged souls embark on a turbulent romantic journey while trying to avoid a local gangster, played by Bill Murray.

Set on the eve of the First World War, Four Minutes director Chris Kraus’ film tells the story of a German girl who returns to her home on the Baltic coast where she secretly nurses a wounded Estonian anarchist back to health.

A thriller following three young addicts in a rehabilitation centre, who live the same events over and over each day.

A comedic romp about the misadventures of expatriates in Rio and their search for pleasure and social justice. Charlotte Rampling plays an English plastic surgeon, Irene Jacob is a French anthropologist and Bill Pullman is a befuddled American ambassador.

Isabelle Huppert stars in this story about a high-class prostitute and a pre-eminent psychoanalyst who discover they share many things in common.

Edward Norton teams up with Robert De Niro and Milla Jovovich in this story of a convicted arsonist who seeks to manipulate a parole officer by placing his beautiful wife in the lawman’s path. Relativity will release on behalf of Overture Films in North America and Nu Image handles international sales.

Paddy Considine, Sally Hawkins and Noah Taylor star in the debut feature from British actor-writer-director Richard Ayoade, a former Screen Star of Tomorrow. The coming of age story stars newcomer Craig Roberts as a 15-year-old trying to lose his virginity as his parents’ marriage breaks up.

Molly Parker and the late Tracy Wright star as a dysfunctional rock duo who reunite a decade after their band has split. Directed by Bruce McDonald (Pontypool, The Tracey Fragments), and written by Daniel MacIvor, the film also stars Sarah Polley, Don McKellar and Callum Keith Rennie.

Michael Winterbottom, last in Toronto in 2008 with Genova, returns with an improvised comedy about a restaurant critic (Steve Coogan) on a road trip. The Trip has been made for BBC2 in the UK, but is being sold as a theatrical feature internationally.

Clive Owen stars in this story of man who goes on the warpath after his teenage daughter is targeted by an online sexual predator. Catherine Keener and Viola Davis add support. Nu Image holds all international rights outside Canada, where VVS will distribute.CAA and Gersh represent US rights.

Emilio Estevez’s previous directorial outing, Bobby, in Venice in 2006, was an earnest ensemble portrait. The Way is completely different — an adventure story about an American (Martin Sheen) who travels to France to recover the body of his estranged son. Icon International holds worldwide rights.

WHAT’S WRONG WITH VIRGINIA (US)

The Oscar-winning screenwriter of Milk makes his eagerly awaited directorial debut with this edgy drama. Jennifer Connelly plays a mentally ill woman whose son embarks on a relationship with a sheriff’s daughter, throwing his run for political office into disarray.

THE BUTCHER, THE CHEF AND THE SWORDSMAN (HK-Chi-US)

VANISHING ON 7TH STREET (US)