TIFF audiences will get the chance to see the first three episodes of the new season of Jill Soloway’s acclaimed Emmy-winning Amazon Studios series Transparent. 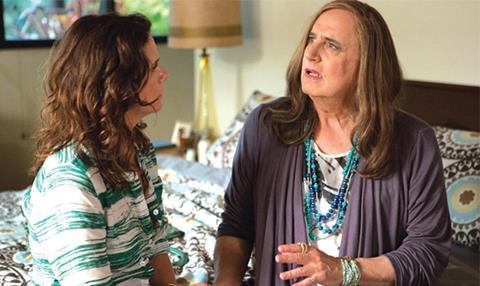 The return for the second year of the Primetime television roster includes new episodes from Charlie Brooker’s unsettling anthology series Black Mirror, a look at Kenyan procedural Tuko Macho, mystery series Wasteland from the Czech Republic and the previously announced nirvanna the band the show from Canada.

Highlights at the seven-day TIFF Industry Conference are expected to include Mogul sessions with Academy president Cheryl Boone Isaacs and The Weinstein Company president and COO David Glasser.

Doug Liman will give a Master Class address on VR, while panel discussions will cover the potential impact of Brexit on the UK film industry, East-West alliances, gender, and conversations with Jonathan Demme and Steve James.

“This peak era for television has ushered in a gold mine of prime, movie-quality, small-screen projects from a growing spectrum of diverse voices and original content creators,” said Michael Lerman, Primetime programmer and acting head of programming for the festival.

“The new nimbleness of storytelling formats and multiple viewing platforms has sparked an unprecedented level of innovation and experimentation in the TV world, inspiring an explosion of narratives and new ways of connecting with global audiences.”

Transparent (USA) created by Jill Soloway, directed by Soloway and Silas Howard WP.
The festival presents episodes 1, 2 and 3 of the new season.

Previously announced: nirvanna the band the show created by Matt Johnson and Jay McCarrol and directed by Johnson. The festival presents three episodes from season 1.

“In crafting the sessions, our programming team has recognized that providing access to opportunities and enabling a greater understanding of evolving investment models is essential for the artistic and financial sustainability of the industry.”

The seven-day TIFF Industry Conference will include:

THE GUARDIAN TIFF TALKS
Inaugural series of Q&A sessions with actors and directors at the festival.