Twilight sinks its fangs into Skyfall at UK box office 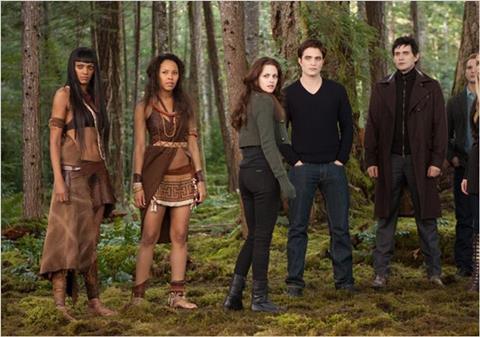 Following three weeks of domination, Skyfall has been dethroned at the UK box office by the arrival of The Twilight Saga: Breaking Dawn - Part 2.

The climactic instalment in the vampire romance grossed an impressive $25.1m (£15.8m) debut to record the biggest opening of the series, ahead of Breaking Dawn - Part 1’s previous best of $22.1m (£13.9m).

Part 2’s debut is the fourth highest three-day opening of all time, behind Harry Potter and the Deathly Hallows: Part 1 and 2, and Skyfall.

Breaking Dawn - Part 1 went on to become the highest grosser of the Twilight series with $49.4m (£31.1m) and given Part 2’s strong start, it’s highly likely to be able to challenge that tally. Indeed, the series as a whole has enjoyed a £2m boost per instalment since New Moon’s $43.8m (£27.5m).

Alex Hamilton, director of film at Entertainment One commented: “It has just been absolutely amazing to have increased the opening each time on the Twilight movies. All of us at eOne would like to extend our gratitude to the fans of this incredible series of movies.”

Even dropping to second hasn’t stopped Skyfall breaking records in the UK though.

It’s surely now a matter of when, and not if, it overtakes Avatar’s $149.6m (£94m) haul as the UK’s biggest grosser, unless Skyfall suffers a dramatic drop at the box office.

With two heavyweights slugging it out at the top of the charts, the fact that Argo suffered only a 20% drop week-on-week, excluding previews, is extremely commendable.