Under The Hawthorn Tree 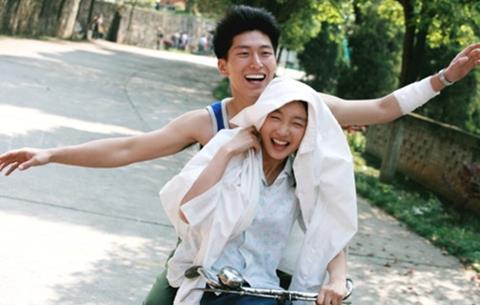 A deliberate simplicity lies at the heart of Zhang Yimou’s Under the Hawthorn Tree (Shan Zha Shu Zhi Lian) , a well-crafted love story set during China’s Cultural Revolution. Based on a true story, this small-scale work will not get anywhere near the exposure of Zhang’s big-budget epics such as Curse of the Golden Flower, but it should help to repair his reputation among viewers who consider his recent work too overblown.

The radiant but not too stylised imagery conjured up by cinematographer Zhao Xiaoding ranks as one of the film’s strengths.

Released in China on September 15 and screening as the opening film of the 2010 Pusan International Film Festival, the film tells the story of Jing (Zhao Dongyu), a young student sent to the countryside as part of a re-education campaign.

Staying at the home of the village elder, she falls in love with Sun (Shawn Dou), a man who, like Jing, has seen one of his parents persecuted as rightists. After Jing moves back to the city, they continue their clandestine relationship under the constant threat of discovery by Jing’s mother and school authorities.

Although Zhang hints at the excesses of the Cultural Revolution, his primary focus is on the tragic personal fate of his two protagonists. He places the performances of his young actors at the centre of the film, with a minimum of plot twists and much time (perhaps even too much time) spent detailing their relationship. The newcomer Zhao in particular stands out for her nuance and control.

Technically, the radiant but not too stylised imagery conjured up by cinematographer Zhao Xiaoding ranks as one of the film’s strengths. Zhang also makes interesting use of inter-titles that reveal minor and major plot developments, lending an emotionally direct quality to the storytelling. Nonetheless, the film does feel overstretched in parts, given the narrative’s simple premise.