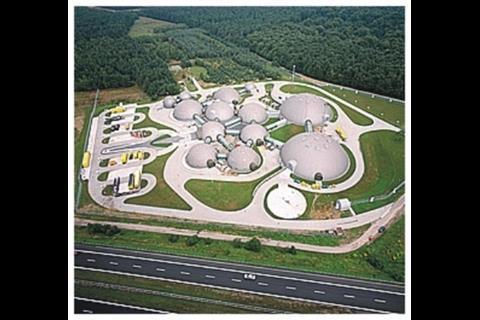 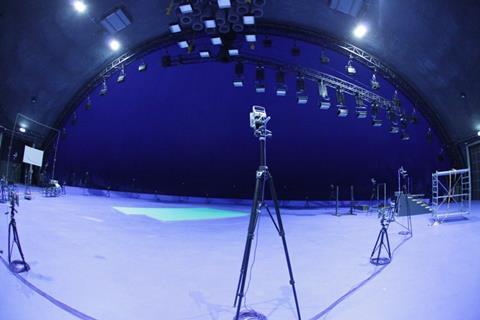 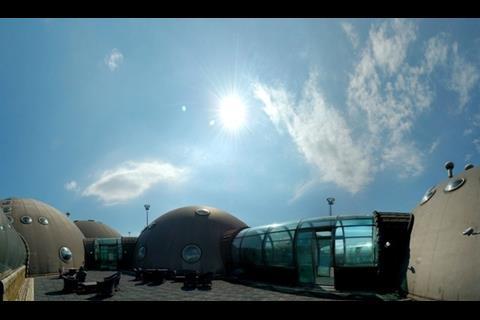 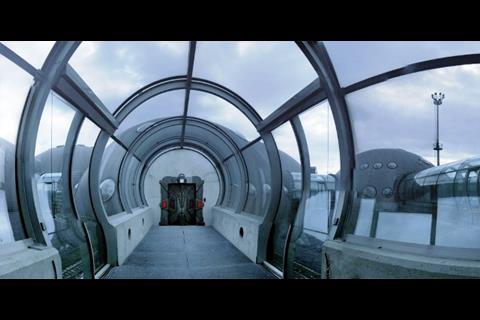 Ever wanted to visit the set of Ridley Scott’s Alien? Poland’s Alvernia Studios, currently hosting Amy Heckerling’s Vamps, might be your best bet.

Yesterday, I was part of an industry tour of Alvernia Studios — just outside Krakow, Poland — one of the most impressive new studio and post-production facilities in Europe. Boasting one of the world’s biggest spherical, shadeless blue screens, three sound studios, a 5,300 square foot dubbing studio, 4K scanning and grading capability, a state-of-the-art lab, tons of modern camera and lighting equipment, a fleet of modern buses and 24 hair and makeup rooms, Alvernia has ambitions to become one of Europe’s premiere one-stop-shops.

The studio is currently handling the post-production of Amy Heckerling’s vampire comedy Vamps, including VFX (with guidance from Suzan Zwerman in the US), colour correction, score recording and mixing, and the final mix with Dolby coding.

And to cap it all off, the interior design of the structure has been executed to resemble the production design of the Alien franchise, giving Alvernia a unique and unusual sci-fi feel. 13 pods are interconnected by glass tubes, slide doors are opened by finger sensors, ornate spiral staircases lead into sound rooms that have the same colour and texture of the Alien space crafts, the floor is the same sliver venting, the hair and make-up rooms resemble the living quarters from the film and there is even a replica Alien to greet you as you enter the studios. Quite a ride.