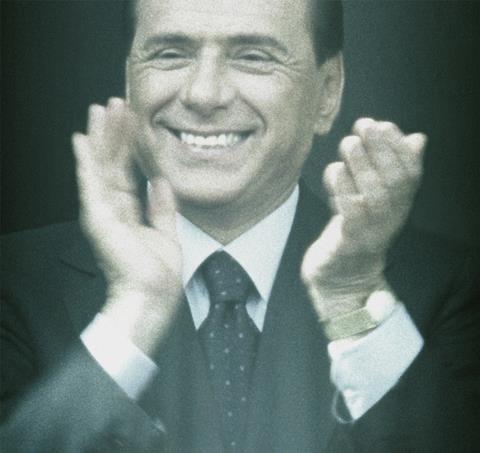 Italy has found its Michael Moore in Erik Gandini. The half-Italian, half-Swedish director adopts the same subjective, irony-laced ‘creative documentary’ approach in this powerful study of the cohabitation between trash-TV and the political system in Silvio Berlusconi’s Italy. However, unlike the Michigan mauler, Gandini mostly keeps himself out of the picture and lets a well-chosen array of subjects – TV agents, paparazzi, wannabe stars – carry his message that the unhealthy concentration of media and political power in the hands of a single man has pushed Italy to the brink of moral meltdown.

With its menacing electronic soundtrack and sometimes distractingly sinister-sardonic English voiceover courtesy of Gandini himself, Videocracy comes across at times like a documentary horror sci-fi set in the present. It gets away with the act – most of the time – because deft editing, astonishingly revealing interview footage and some real gems garnered from the archives keep the audience engaged, but also because this scenario is sadly a long way from fantasy.

Controversy has already been stirred up in Italy by the refusal of both Berlusconi’s Mediaset channels and public broadcaster RAI to air the trailer for the film, which Fandango released on 4 September. The ban neatly backs up Gandini’s argument that the entire Italian TV system is in the shadow of its media-mogul prime minister, and will do no harm whatsoever to its theatrical prospects at home – as its urban liberal target audience lies outside the 80% of Italians who, as an end title informs us, “use television as their primary source of information”.

Outside of Italy, the documentary already has a few TV deals in place through backers like the BBC’s Storyville, but should also see some theatrical action in territories with literate, politicised viewers hungry for some background on Berlusconi and contemporary Italy.

Beginning with a young Berlusconi’s arrival on the commercial Italian TV scene three decades ago, the film opens with archive footage of a stripping housewife quiz show – proving that this Italian TV gem is not the urban legend some assume it to be – and segues into a montage of busty variety show starlets (one of whom is now minster for gender equality in Berlusconi’s government).  Videocracy then introduces us to the three main characters whoare used as benchmarks for the moral madness that the director sees as being induced by the dumbed down world of Italian commerical TV.

Ricky Canevali is a provincial mechanic and wannabe starlet whose execrable act is a fusion of Ricky Martin songs performed in gibberish English and Bruce Lee martial arts moves.

Ricky’s doomed attempts to break into TV are juxtaposed with the lives of two who have made it: TV agent and power-broker Lele Mora, and paparazzo-turned-celebrity Fabrizio Corona. The unctuous Mora is a friend of Berlusconi and owns a villa near the prime minister’s on the Costa Smeralda. He gets to choose who makes it or breaks it in the TV system – and his mobile phone ringtone, proudly displayed for the camera, is the Italian Fascist anthem Giovinezza.

But it’s Corona who is the most photogenic and at the same time the most fascinatingly repellent of the film’s message-bearers. He once made a living by taking paparazzo pictures of celebrities and selling them back to their subjects. Even Berlusconi, it is revealed, has paid Corona to hand over pictures of one of the prime minister’s daughters. After doing time in prison for extortion, Corona turns himself into a celebrity, launching a line of t-shirts and charging Euros 10.000 for hour-long appearances at Italian discos.

Strucurally, the gradual raising of the stakes from amused disbelief at the innocently misguided wannabe to horrified disbelief at the moral depravity of the media-political system is brilliantly pulled off.  Technically, too, Videocracy is well crafted and edited. It’s just a shame it will never be shown on the TV networks it so ably holds up for scrutiny.