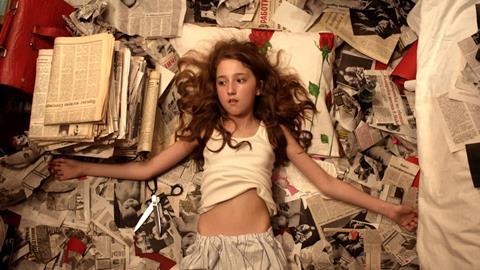 A playfully epic Bulgarian film that looks at writer/director Maya Vitkova’s country’s history through the often surreal eyes of a dysfunctional family, the impressively shot Viktoria has moments to enjoy as it takes an unusual route through the changes in the country from 1979 to the present day, but it is just far too long for its own good and at times lumbers under the weight of its ambitious structure.

It is a bold and ambitious attempt to distill several decades of Bulgarian change and upheaval set against her plot’s often surreal structure.

It does, however, offer a fascinating glimpse into the country’s transition from communist days through to a brave new world, and while perhaps a harder sell in its home territory (and maybe other former Eastern Bloc countries) it has sturdy art house credentials and is likely to play at further film festivals. It screened at the Sundance and Rotterdam Film Festivals.

The story centres around Boryana (Irmena Chichikova), a sad but beautiful woman who hates her life under communism; despises her mother (who happens to be a fan of the Communist Party) and dreams about fleeing to Venice.  In her bathroom she secretly smokes American cigarettes and keeps a bottle of Coca Cola hidden away.

Her husband promises great things for them, but she knows that if she gets pregnant her dreams are likely to be dashed. Of course, despite keeping up with birth control, that is exactly what happens, and in 1979 she gives birth to Viktoria, a little girl born – much to the excitement of the Bulgarian state officials - without an umbilical cord and no belly-button.

When she is barely two weeks old, the Communist Party leader Todor Zhivkov (Georgi Spasov) selects the girl as The Baby of the Decade and she grows up hailed as the bright future of communist Bulgaria, just as the country starts to change.  Aged 10, and the precocious Viktoria (Daria Vitkova, the director’s niece) is an icon of the Communist Party, and has a direct phone line to Zhirkov’s office.  She has a chauffeur driven car picking her up from school, and can order fellow schoolmates around as she likes, and in one striking scene orders them to line up so she can see their belly buttons.

But things are destined to change, especially when Zhivkov loses power in 1989 and young Viktoria has to come to realise that her life of privilege cannot be sustained.

The film looks terrific with great attention payed to production design and costumes, and Maya Vitkova certainly makes a great impact with her first film. She is a talent to watch. It is a bold and ambitious attempt to distill several decades of Bulgarian change and upheaval set against her plot’s often surreal structure, and there are moments when she really pulls off great visuals and strong ideas. Too long perhaps, but always challenging and intriguing.