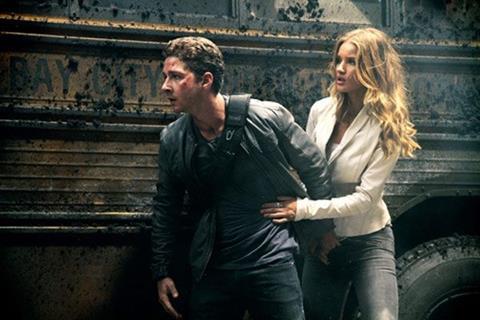 As previously reported Paramount’s mighty Transformers 3 eclipsed all rivals on the international stage, posting some remarkable results on its way to $154.9m from 11,565 screens and a screen average of $13,396.

Disney’s Cars 2 and Paramount’s Kung Fu Panda 2 were a distant second and third, grossing $22.2 and $20.1m, respectively, while fourth-placed The Hangover II, which added a further $9.5m, has now grossed $100m more than the 2009 original.

Fifth-placed Beginning Of The Great Revival was the highest non-US entry, taking a further $8.3m in four territories in its third week for $48.6m

Filmed to mark the 90th anniversary of the founding of the Communist Party of China, the all-star epic is bearing down on Feng Xiaogang’s 2010 romance-comedy If You are the One II ($54.38m) on the all time China chart but is unlikely to surpass the same director’s record holder, disaster thriller Aftershock, which scored a mega $98.18m last year.

Despite Paramount’s biggest ever opening in India courtesy of Michael Bay’s hit, there was strong competition in the local market from crime-comedy Delhi Belly and action-thriller Bbuddah Hoga Tera Baap.

The former follows three roommates in the suburbs of Delhi who unknowingly place themselves on the radar of a ruthless gangster, while superstar Bachchan plays a retired hit-man who returns to India for one last job in the latter, which is reportedly primed for a sequel.

Chinese and Indian films were the only challengers to US fare at the top of the chart with Double Dhamaalrounding out the top 15.