Will the deal-makers get real in Santa Monica?

US sales agents are confident they have the right strategies - and the right product - to attract international buyers at this week’s American Film Market (Nov 4-11). Jeremy Kay talks to buyers and sellers about their outlook for the event, and Screen International writers look at the hot projects on offer in Santa Monica. 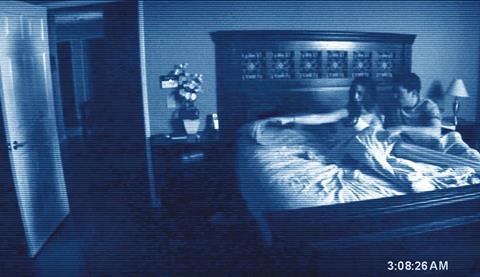 It is not all doom and gloom ahead of this year’s American Film Market (November 4-11). Rising admissions figures around the globe and the breakout success of micro-budget films such as Paramount’s Paranormal Activity confirm the wisdom of fusing financial moderation with calculated, artistic risk-taking.

“You have to be as specific as possible. Distributors want to know that what they buy will be delivered in a timely manner”

While sales agents would once come to Santa Monica confident of securing perhaps 60% of the budget through pre-sales, in 2009 expectations are more modest as the slump in TV advertising and the flattening DVD sector means even the biggest sellers on the circuit are turning to other financing sources to make up the numbers.

“You can’t make a film without a greater share of help from soft money or equity,” says Dave Hutkin, senior vice-president, entertainment division, at First California Bank. “Senior money and mezzanine are licking their wounds.

Credit committees [at banks] are looking at film deals with way more scrutiny and it’s hurting our ability to do deals. There are fewer deals, but there are deals.”

However, having money is not always the answer: the product has to work, and it has to be real. “You have to be as specific as possible about when you start,” says Summit Entertainment co-founder Patrick Wachsberger. “There are a lot of phantom projects being sold at markets. Distributors want to know that what they buy will be delivered in a timely manner. [At Summit] we have domestic distribution and we can establish a start date and a pretty accurate delivery and release date.”

“It’s scary to buy something without a US deal,” says Jean-Philippe Tirel of Wild Bunch Distribution. “We need to buy films but we won’t buy anything. I saw about 30-40 movies in Toronto and I didn’t buy anything. It’s been very slow for a few years, but I think maybe in a year or two it’s going to come back.”

Execution and delivery are key. Just as acquisitions executives have grown impatient of disappointing product or pre-production woes, so the wealthy individuals who control the independent content providers have clamped down.

Gone are the reckless investors who created a glut of $40m-$50m product in the market — now the focus is on quality at both ends of the budget range.
“The slowdown in production seems to be causing increased competition for the stronger new packages,” says IM Global’s Stuart Ford. “The key buyers aren’t in the ‘wait and see’ frame of mind they were in a year ago.”

FilmNation chief Glen Basner adds: “It’s not accurate to say you cannot pre-sell. There has been a significant shift in terms of valuation and what people are willing to pre-buy, but if you hit that target you can do it.”

Japan used to be about as big a target as a sales agent could aim for, but these days it has become one of the toughest sells. Young audiences no longer regard US product as a must-see, be it studio or independent, and it is female audiences that drive viewing decisions.

“We’re looking for projects with strong stories and emotional content that will appeal to Japanese audiences - something that is new and not necessarily star-driven,” says Avex Entertainment head of acquisitions Ken Umehara.

“In difficult times entertainment has a chance of growing, so we believe in the future of the theatrical business and home video,” says PlayArte Pictures vice-president Otelo Bettin Coltro. “We are aggressively acquiring more rights for Brazil and Latin America and we are optimistic there will be product.”