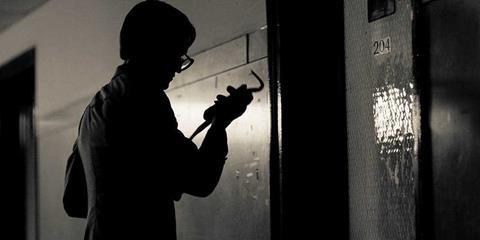 1971, a documentary about the theft of files from an FBI office by political protesters, has the taut drama and the quirky personalities of a caper movie. And the “criminals” never got caught. The entertaining, often comic, probe of an earlier era of government surveillance on dissenters (and on anybody who seemed like one), makes no secret of its allegiances. It is a salute to civil disobedience, told in the voices of ordinary people who broke the law on ethical grounds.

The appeal of 1971 is first-hand testimony from the good-natured participants themselves, still amused at the crime, proud of their success, and incredulous that they got away with it.

The politics should give 1971 a strong place on the festival circuit, yet in eventual theatrical release it will also test the North American public’s appetite for the proliferation of Snowden pre-histories. Remake opportunities for this feature-ready tale should not be ruled out.

In Philadelphia, a cluster of committed peace activists decided in 1971 to act on their concerns about government spying. Frustrated by what they perceived as the repressive operations of the FBI under its longtime potentate, J. Edgar Hoover, they raid an FBI office. Their target is a modest FBI posting in the small town of Media, Pennsylvania, not exactly the war room.

Eight earnest but amateur plotters carry off suitcases of FBI documents, which revealed tactics of shadowing blacks and academics and intimidating political opponents.  Their break-in eventually exposed the extensive FBI surveillance program known by its notorious acronym, COINTELPRO. One of the FBI’s many targets was Martin Luther King, who was assassinated in 1968, three years before the break-in.

The charm of this documentary, as it revisits the little-known burglary, is how such a motley crew pulled it off. Now an affable grandmother, Bonnie Raines tells of “casing” the office, posing as a local college student researching job opportunities for women at the FBI. It could be an episode of I Love Lucy.

Keith Forsyth, a school dropout back then, tells of learning how to pick locks from a correspondence course in lock-smithing, and then discovering, on arrival in Media – in a flashback reminiscent of an Ealing comedy - that one of the locks that he planned to pick was changed.

The burglary was scheduled for the night of a boxing championship between Muhammad Ali and Joe Frazier. The burglars were right in assuming that any respectable FBI agent would be watching the fight. The credulity of the small-town FBI agents is part of the punch-line. The local officials, flattered to be interviewed, give the bespectacled “student” plenty of time at the office.

Professors who were part of the team recall copying stolen documents and sending them to the press. Once the break-in was reported in the Washington Post (over strong objections from the Nixon White House, whose own Watergate burglary by professionals would be less successful), the FBI stepped up its offensive against the anti-war movement. Undercover agents became fixtures at demonstrations, looking in the film’s rich archival mix like prison guards at a love-in.

Five of the eight plotters - one of the original nine dropped out at the time and threatened to turn them in — explain on camera how they decided to go public about the break-in after the statute of limitations on the crime ran out.

Many of the film’s revelations were reported in The Burglary: Discovering J. Edgar Hoover’s Secret FBI, published earlier this year by Betty Medsger, formerly of the Washington Post, who got FBI documents in the mail from the group soon after the Media job.

The documentary does not just play for laughs. As the Vietnam War raged, dissenters gave their lives to protest, students were shot on college campuses, and opponents of the draft were tried and imprisoned – all of which we see in archival footage. The FBI’s near-impunity ended, not with the revelations of its illegal spying (which many Americans supported), but with Hoover’s death in 1972.

Reenactments frame the action in a nostalgic but realistic black and white (more convincing that those in J. Edgar), yet the appeal of 1971 is first-hand testimony from the good-natured participants themselves, still amused at the crime, proud of their success, and incredulous that they got away with it.

The film’s power fades at the end, as Hamilton reaches to tie together broader issues of protest, government secrecy, and the decades that passed after the break-in. By that point, the improbable David and Goliath story is already told. The citizen-burglars revealed an illegal government campaign to spy on dissenters. Hoover’s boss, Richard Nixon, would go down after his own botched burglary (and inept efforts to cover it up) unleashed the Watergate scandal.