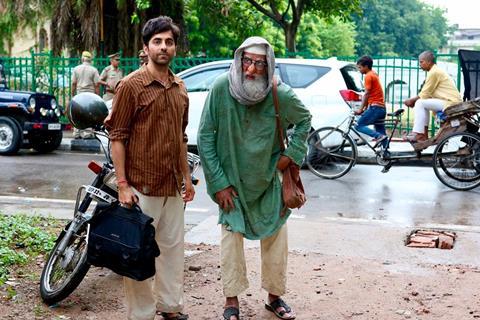 The film, which Amazon acquired from its producers, will start streaming on Prime Video on June 12, completely bypassing a theatrical release. Shoojit Sircar directed the story about two schemers engaged in a game of one-upmanship as each one attracts members to his clan and pursues his agenda.

Juhi Chaturvedi wrote the screenplay to the production by A Rising Sun Films, and Ronnie Lahiri and Sheel Kumar served as producers.

Gulabo Sitabo joins a Bollywood Prime Video catalogue that includes Indian-produced Amazon Original series Four More Shots Please!, The Family Man, Mirzapur, Inside Edge and Made In Heaven, among others.

“At Amazon we’re listening to our customers, and working backwards from there,” said Vijay Subramaniam, director and head of content at Amazon Prime Video, India. “Gulabo Sitabo is one of the most anticipated films of the year. We are happy to exclusively premiere Gulabo Sitabo on Prime Video. It is the first step in our endeavour to bring superior cinematic experiences to our customer’s doorstep.”

“This is the dawn of a new era for Indian entertainment,” said Sircar. “I am happy that a global audience will be able to watch our gritty dramedy, and enjoy what the film has in store for them. Gulabo Sitabo is a quirky, light-hearted movie that the audience can enjoy with their families. It has been a wonderful experience working with Mr. Amitabh Bachchan and Ayushmann Khurrana on the film.”

“Indian audiences have been eagerly awaiting the release of Gulabo Sitabo and we are delighted that Amazon Prime Video will now be premiering the movie for our customers,” said Gaurav Gandhi, director and country general manager, Amazon Prime Video India.

Bachchan called the film “a slice of life, dramedy that is a must watch for families at home,” while Kurrana said Gulabo Sitabo allowed him to reunite with “my mentor” Sircar after Vicky Donor. “Whatever I’m today is because of him and I’m happy that he made me a part of his vision again.”