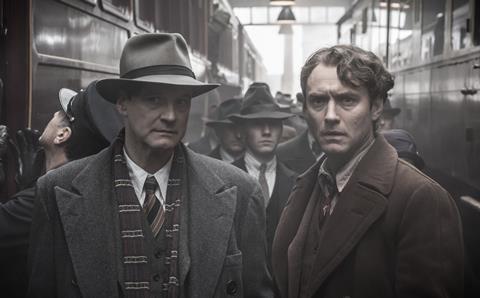 The first nine films for the 66th Berlin International Film Festival (Feb 11-21) Competition and Berlinale Special programme have been revealed.

Also in Competition is Midnight Special, the anticipated new feature from Jeff Nichols, director of Mud and Take Shelter. The film centres on a father and son who go on the run after the dad learns his child possesses special powers. The cast includes Michael Shannon, Joel Edgerton, Kirsten Dunst, Adam Driver, Jaedan Lieberher and Sam Shepard.

Alex Gibney, director of controversial documentaries Going Clear: Scientology And The Prison of Belief and The Armstrong Lie, will world premiere his exploration of cyber-crime and Internet surveillance, Zero Days, in Competition at Berlin.

The English-language adaptation of Hans Fallada’s classic 1947 novel is based on the true story of a working class couple who conducted a series of anonymous protests against the Nazi regime during the Second World War.

The final Competition title to be announced is Canadian drama Boris Without Béatrice, from Denis Côté, who won the Alfred Bauer Award at the 2013 Berlinale with Vic + Flo Saw A Bear.

Three further documentaries have been announced as part of the Berlinale Special strand, including Michael Moore’s Where To Invade Next, which debuted at Toronto in September.

The other two titles include The Music of Strangers: Yo-Yo Ma and the Silk Road Ensemble, from Morgan Neville, director of Oscar-winner Twenty Feet From Stardom; and The Seasons in Quincy: Four Portraits of John Berger, directed by Colin MacCabe, Christopher Roth, Bartek Dziadosz and actress Tilda Swinton.

As previously announced, Joel and Ethan Coen’s Hail, Caesar! will open the festival, where it will play out of competition.

Where To Invade Next - doc (US)
Michael Moore
European premiere