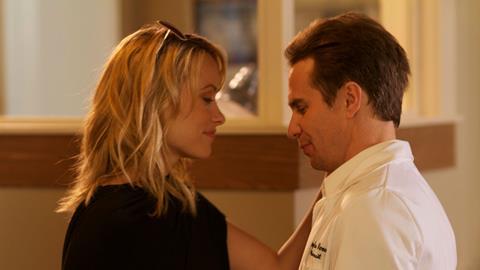 Better Living Through Chemistry gets some amusing moments from the always watchable Sam Rockwell and a good supporting cast but seems content to leave it at that. Probably too insubstantial for theatrical markets, this lightweight indie comedy may be better suited to smaller screens.

In the US, it gets a simultaneous cinema/VOD release through Samuel Goldwyn Films on March 14. Distributors that have picked up the film for other markets might benefit from a similar release strategy.

Rockwell (who had a modest hit last year with The Way, Way Back) plays Doug Varney, a mild mannered small town pharmacist with a domineering wife (Source Code’s Michelle Monaghan), an unpleasant father-in-law (Ken Howard, from J Edgar) and a troubled pre-teen son. When Doug makes a delivery to gorgeous but unhappy trophy wife Elizabeth (Olivia Wilde, last seen in Her) the meeting sparks a drug-fuelled affair that shakes up and nearly destroys his world.

On their first produced project, writer-directors Geoff Moore and David Posamentier establish a light, quirky tone with moments of darkish and slightly raunchy comedy. But even the primary characters - Rockwell and Wilde get most of the screen time - are pretty two-dimensional and the film itself never finds another dramatic or comedic gear to get into for its second half.

Ray Liotta makes a brief appearance as Elizabeth’s husband and Jane Fonda, apparently playing herself, has one short, slightly risque scene. Fonda also provides an intermittent voice over that tries to be winkingly self-referential but feels more like a sales ploy.