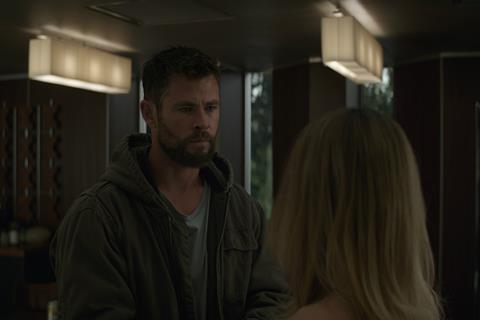 Avengers: Endgame has climbed to $2.3bn heading into third session after a $30.4m global haul on Wednesday, as Warner Bros’ Pokemon Detective Pikachu launches in dozens of territories around the world.

Globally and internationally Avengers: Endgame continues to consolidate its number two ranking in each case. By territory, China has generated $589m, followed by the UK on $97.8m, South Korea on $89.2m, Mexico on $64.6m, and Brail on $63.4m.

Detective Pikachu debuted in France on $1.6m, Indonesia on $271,000, ad Holland on $266,000. The film opened in an additional 31 markets on Thursday including Germany, Italy, South Korea, Brazil and Australia, and a further 24 markets on Friday, including China (through Legendary East), the UK, Mexico and Spain.

The Curse Of La Llorona has grossed $58.6m and opens in Japan on Friday, while Shazam! has amassed $221.5m.