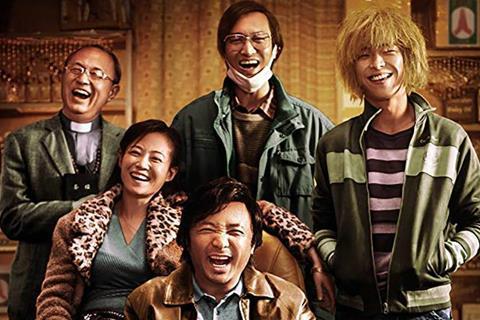 UPDATE: Accentuating the might of Chinese box office, Dying To Survive maintained its international box office supremacy for a second consecutive weekend.

Jiang Wen’s action crime drama Hidden Man ranked third in the international pecking order on $44.1m, and grossed $2m from 506 IMAX screens. The big budget fantasy Asura flopped on $6.8m and was pulled out of many theatres. 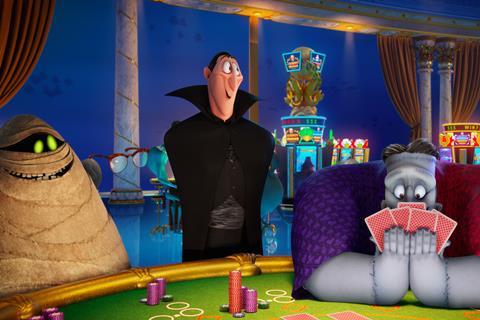 The animation featuring Adam Sandler opened higher collectively in its 42 new markets than the previous two instalments. There were plenty of accolades in Latin America, where Dracula and friends grossed approximately $23m across the region and ranked number one in all 11 markets for Sony’s best animation debut in Latin America and its fifth highest overall.

The family-friendly market Mexico led on $8.5m for Sony’s second highest debut behind Spider-Man: Homecoming, while Brazil produced Brazil $3.7m, and Argentina $2.1m for Sony’s biggest launch in history. Despite the distraction of the World Cup final, results held up well against the launches of Hotel Transylvania 2 in late 2015, when Mexico generated $7.9m, Brazil $2.5m, and Argentina $2m en route to lifetime grosses of $23.9m, $10.8m, and $5.5m, respectively.

A number one debut in World Cup hosts Russia delivered $5.8m, and $2.7m was enough to secure top berth in Spain. Hotel Transylvania 3 added $2.4m for $10.2m in its third weekend in Australia where the film has already surpassed the lifetime hauls of the first two. Hotel Transylvania 2 opened in Russia on $6.1m and in Spain on $3.2m in October 2015, and finished on $15.9m and $12.3m. The second film in the series finished on $8.3m in Australia. This week Dracula ventures into Germany.

The action film about a security specialist who must save his family and others from a towering inferno in Hong Kong debuted at number one in 17 markets. The top three markets generated number two rankings as South Korea delivered $4.8m, Mexico $3.8m, and Russia $2.7m.

Malaysia generated $1.7m for top spot, France $1.6m for number two as the national football side beat Croatia 4-2 in Sunday’s World Cup final, and Hong Kong $1.4m for number one. Skyscraper opens this week in traditional and IMAX theatres in China, where Johnson enjoys huge popularity.

UPDATE: Ant-Man And The Wasp crossed $150m as $35.3m from 44 territories elevated the tally to $150.9m, more than two-thirds of which comes from the Asia-Pacific region with China and Japan still to come.

The Marvel Studios tentpole starring Paul Rudd and Evangeline Lilly arrived at number one in India on approximately $3.8m, and remained top in Australia where it has amassed a confirmed $9.7m after two weekends. South Korea is the lead market on $34.5m after, followed by Mexico on $11.5m. Russia has generated $9.4m, and Indonesia $8.9m. Worldwide box office stands at $284m.

The film brought in $4m on IMAX to push the global tally to $16.6m, of which $6.6m comes from international markets.

China remains the lead market on $51.6m, then Mexico on $36m, Australia $29.5m, Brazil $23.3m, France $17.9m, Russia $15.1m, the UK, then Argentina on $12m, and Colombia $10.3m. Incredibles 2 debuts this week in South Korea and Hong Kong, and now ranks as the highest Pixar release in Thailand, and the number one Disney Animation/Pixar release in Colombia, Central America, Trinidad and Uruguay. It is the second highest Disney Animation/Pixar release across the Latin America region.

UPDATE: Fox Star’s Bollywood hit Sanju is approaching $60m in India after a $3.9m weekend haul from India and the UK elevated the tally to $60.3m. The sub-continent generated a further $3.8m to boost the tally to $58.8m.

Sicario: Day of The Soldado grossed $1.4m from 50 Lionsgate markets to push the early running total to $13.9m. Leading the way are the UK on $2.5m, Australia on $2.1m, and South Korea on $1.7m. The drug cartel thriller enters Germany and this week.