Screen average and drop-off rates are essential indicators of how a film is performing at the theatrical box office. Jack Warner reports 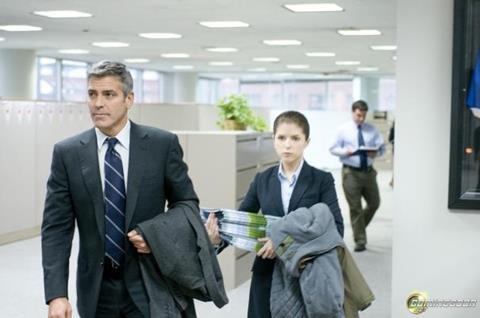 While total weekend gross is the most important figure to a distributor, gross revenue is only one of several measures that illustrate how a film has performed at the box office.

Screen average is another key consideration. Although this index has its limitations, the figure allows for a fairer comparison of a film¹s performance against the size of its release. A strong screen average also indicates high occupancy rates in theatres, which is always of importance to exhibitors.

“Screen average can play a strong part in keeping the film in theatres,” says Andrew Cripps, the London-based president of Paramount Pictures International.

Cripps suggests a decent screen average for a territory such as the UK would be $6,000-$8,000 (£4,000-£5,000) for a medium-to-saturated release, such as PPI¹s recent Up In The Air and Law Abiding Citizen. This figure would be expected to be slightly higher for a successful smaller release like that of Broken Embraces.

At international level, screen average becomes an indicator of decent performance at the $8,000-$10,000 mark, with $15,000 showing very high occupancy levels.

Japanese theatrical runs can often generate huge screen averages of $18,000-$22,000, due to the combination of franchise popularity and smaller, limited runs. Similarly, Bollywood titles in the UK consistently have high screen averages over small releases in other territories.

Screen International uses a screen average in its weekly analysis of the 12 key markets. The average gross for each screen in the territory is calculated and compared to the average for that year, illustrating the cinema-going patterns in the territory that weekend.

A further key indicator of a film’s performance is the drop-off rate, or the week-on-week percentage change in total gross taken that weekend. This gives a clear indication of how strong the title¹s holdover business has been over that period. As the general trend will see the opening weekend being the biggest of its run, followed by a fall in revenue each week, the rate at which revenue declines can provide useful information regarding both how a film is performing at that time and how it can be expected to continue in subsequent weeks.

Given the general negative trend, the lower the drop-off rate the better a film is performing. Single-digit negative change suggests a film with strong staying power.

“Single-figure drop happens rarely these days,” says PPI’s Cripps, whose Up In The Air recorded a 7% drop last weekend in the UK. Generally, a drop of around 30% or less shows decent sustained business. “[PPI] considers a drop of 40%-50% to be the norm.”

The UK and Italian releases of Terry Gilliam’s The Imaginarium Of Doctor Parnassus illustrate a typical week-by-week drop-out scale. Lionsgate UK¹s release saw the film open on $1.5m from 265 screens across the weekend of October 16-18, 2009. Over the following three weeks, the film¹s weekend revenue fell 32%, 48% and 67%, before it dropped out of the UK top 20. Through Moviemax in Italy, where the film fared notably better, it opened on $2.7m, before falling 13%, 31%, 47% and 75% over the following four weeks.