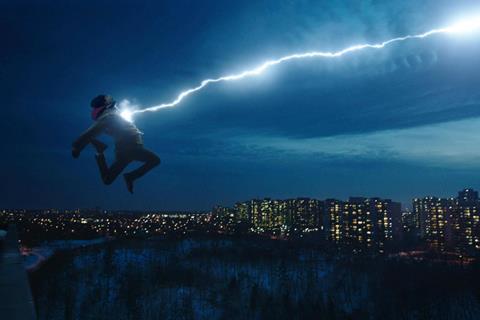 Meanwhile, Bohemian Rhapsody crossed $900m worldwide at the weekend through Fox International, while Disney’s Dumbo soared past $250m worldwide in its third session. Two independently co-financed films, the YA adaptation After and the Hellboy reboot, made a splash in their launch weekends, earning $11.7m and $10.1m, respectively.

It ranks top in Belgium, and second in France, where it has reached $9.9m, and Italy ($10.8m) – both after three sessions – as well as the Netherlands, and possibly Spain, according to studio executives. The film dropped 41% across Europe as Easter holidays continue across the region.

Captain Marvel grossed $16.6m globally for $1.0645bn and ranks as the ninth highest superhero adaptation and moved up to rank as the 28th highest film of all time globally.

Internationally the hit starring Brie Larson and Samuel L. Jackson brought in a further $8m from 52 material markets to reach $678m, dropping a mere 34% across Europe, where it has generated $193m. Asia-Pacific, has generated $370m and Captain Marvel ranks as the fourth highest release in history in the Philippines. Latin America has produced $115m and the film stands as the fifth highest Marvel Cinematic Universe (MCU) release of all time, the highest stand-alone MCU release, and the fourth highest grossing film in Brazil on $37.3m.

YA sexual awakening drama adaptation After starring Josephine Langford and Hero Fiennes Tiffin launched on $12.3m including $600,000 in Canada via VVS. The film, inspired by Anna Todd’s publishing phenomenon, marks the first feature from veteran producers Courtney Solomon and Mark Canton’s CalMaple Films, and launched day-and-date with North America in a number of international territories. It earned $3.4m in anumber one debut in Italy (Leone), $2.9m for number one in Germany and Switzerland (Constantin), Spain $486,000 through Saturday via Sun, $412,000 in Mexico (Sun) and $254,000 in Brazil (Sun) from Friday opening day only. French previews (SND) have generated $750,000.

“Our production partners have done an amazing job bringing this book franchise from Watt Pad to the big screen, giving our international distributors a film that delivers for both the core fans of the book and the general public,” said Chartier and Deckter. ”The movie outperformed in international markets. We can’t wait for France and Belgium openings since they’re killing it in previews. Nicolas and I couldn’t be happier with our international partners who’s results speak for themselves.”

Pantelion Films’ No Manches Frida 2 is on track to score the second highest debut of all time for a Mexican film in Mexico behind Instructions Not Included. Videocine is estimating $5.3m – which equates to roughly in the Ps 99m. Instructions opened on Ps 149m.

Body-swap comedy Little from super producer Will Packer and starring Issa Rae, Regina Hall and youngster Marsai Martin, opened in 11 territories and delivered $2m. The UK produced the top result on $694,000 for a number eight debut, while Australia delivered $491,000 in a number nine debut.

DreamWorks Animation’s How To Train Your Dragon: The Hidden World grossed $1.4 for $354.2m, and $512.1m worldwide. Fighting With My Family has reached $4.5m internationally and $37.8m worldwide, and UPI executives reported Halloween opened in Japan on $483,000 at number ten and stands at $95m internationally overall, and $254.4m worldwide.

Romantic drama Five Feet Apart grossed a further $2.5m from 43 markets as the international running total climbed to $25.3m. Italy is the top market so far on $5.2m after four weekends, followed by Brazil on $4.8m after four, Australia on $3.4m after three, Mexico on $2.6m after four, and the UK on $972,000 after four. The next market to open is CIS on May 1.

Faith-based drama Breakthrough starring Josh Lucas opened on $2.3m in 15 international markets one week before the US launch. The weekend was driven by a $1.4m number three debut in Brazil that was more than twice as big as the debut of Miracles From Heaven, and Puerto Rico on $219,225 in first place, 6% ahead of the debut of Miracles From Heaven.

Breakthrough is outpacing Miracles From Heaven by 46% in released markets to date (through same point in release, at current exchange rates), with releases from Mexico and Australia coming this week.

Bohemian Rhapsody continues its outstanding run at the worldwide box office and crossed $900m worldwide at the weekend. The Freddie Mercury drama added $817.564 for a $685.4m international running total. The multi Oscar winner dropped a mere 18% in its 23rd session in Japan and added $215,825 for $115.3m. China has generated $13.9m after four.