Warner Bros’ second instalment in the Holmes franchise takes $5.9m (£3.8m) to land ahead of newcomer Alvin and the Chipmunks: Chipwrecked 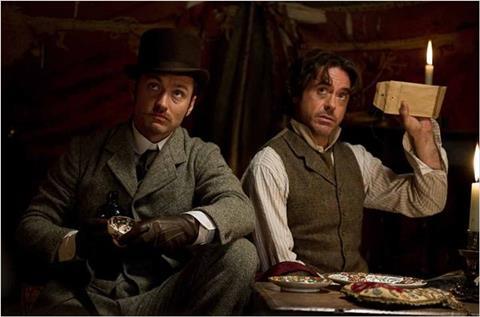 Arthur Christmas became the second film this year to go six consecutive weeks on more than $1.6m (£1m) in the UK, after grossing another $2.1m (£1.3m) from 550 screens in third. The only other film to achieve the accolade was The King’s Speech. Harry Potter and the Deathly Hallows: Part 2 narrowly missed out on the feat,according to iboe Rentrak.

While Sony’s charge will not get near the $46.9m (£30m) and $50m (£32m) taken by Aardman’s Chicken Run and Wallace and Gromit in the Curse of the Were-Rabbit, the comedy only posted a -6% week-on-week differential – the smallest drop off among the top ten films - and actually improved its locations by 15% - the biggest increase among the top ten.

Christmas weekend brings a saturation release for Paramount’s Mission: Impossible - Ghost Protocol and a wide release for Sony’s anticipated The Girl With The Dragon Tattoo remake.