It was a familiar story at the UK box office over the Aug 06 – 08 weekend as Disney’s Toy Story 3 resolutely held on to the top slot. 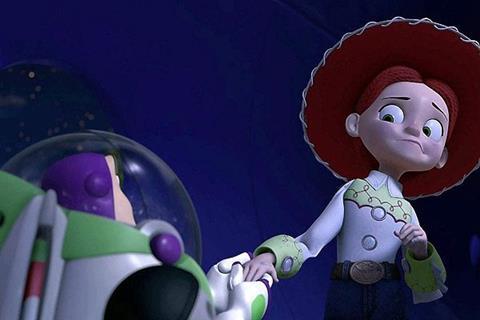 Year to date, of the six majors, Disney is now in second place at the UK box office behind Fox. Despite releasing four fewer films than the number one studio and 8 fewer than Paramount and Warner Bros., Disney’s films have grossed $290.5m (£182.7m), equivalent to 16.99 % of the market share. The studio’s strong UK run looks set to continue this week with the release of their adventure-fantasy The Sorcerer’s Apprentice.

The UK box office traditionally performs less impressively in August than July as many families head abroad. And while last Sunday’s good weather may in part account for a let up in the strong box-office performances of previous weeks, this trend markedly continued. While Jul 30 - Aug 01’s top 5 films took a combined total of over $31.8m (£20m), last weekend’s top 20 didn’t come close to that mark. There were also low screen averages, with no film managing a per-print average above $13,500 (£8,500).