Disney’s family hit added $9.4m at the global box office on Monday to cross the milestone. 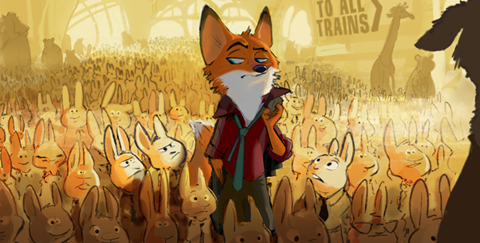 Zootopia stands at $395.6m internationally and is on course to surge past the $400m mark on Tuesday.

The film has overtaken Kung Fu Panda 3 to rank as the biggest animation film of all time in China, where it stands at $170.3m after 17 days and recently became the first animate film to cross the one billion yuan mark (roughly $160m).

Zootopia arrives in the UK on March 25.