Summit Entertainment has succeeded where others have failed in creating a vibrant new independent with studio-level capabilities. Patrick Wachsberger and Robert Friedman tell Jeremy Kay how 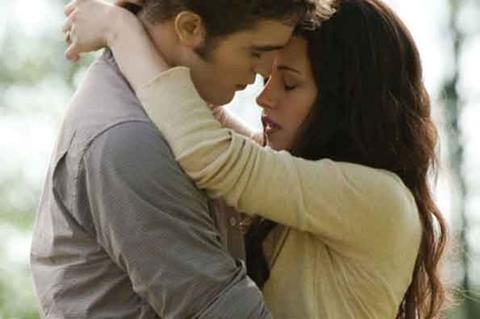 As the US distribution landscape continues to unravel and with the next chapters in the histories of Miramax and Apparition yet to play out, Summit Entertainment’s stock rises ever higher as one of the few young companies which has managed to gain a secure foothold in the market.

The Santa Monica-based studio has thrived during the economic meltdown with a string of tightly budgeted productions and cost-effective acquisitions, using its original expertise in international sales to appraise the market appetite for its projects and building a core group of output distributors to take all its productions.

The result is that a little over three years since Summit Entertainment launched as a global producer, financier and distributor, it has not only distributed best-picture winner The Hurt Locker in the US, but also owns a $1.1bn global franchise which would be the envy of any US major. Three weeks into the theatrical launch of The Twilight Saga: Eclipse, the third episode in the supernatural series that is believed to have cost around $68m to produce and a further $50m-$60m to market, the film has already soared past half a billion dollars around the globe.

“It’s a great time for us,” says president and co-chairman Patrick Wachsberger. “We’ve never been better and our partners are doing very well. The model we’re applying is very conservative. We are really protecting the downside; the old model of licensing the movie to international is still a very important component in how we approach every movie. The selection process is really looking at projects that have a 50-50 chance of working domestically and internationally. We’re basically playing as safe as can be.”

“We have facilities that were put in place in 2007 that are still robust,”says Summit Entertainment co-chairman and CEO Robert Friedman, the former vice-chairman and COO of Paramount Pictures Motion Picture Group. He adds that careful management of the business has allowed Summit and its international partners to “weather the economic storm” of recent years.

“We’re doing everything to keep our costs down from a production perspective and a marketing perspective.”

“Being a company that’s small and vertically integrated, when it comes to marketing our DVDs and working with our retailers, we’ve come up with marketing strategies and retail promotions that are driving our video performance on average higher than the industry,” says Friedman, whose distribution experience complements Wachsberger’s international savvy. “It’s always title-by-title based on box-office performance, genre and so on, but by and large we’re outperforming on all of our DVDs and it’s because we’re nimble and able to tailor our needs and our ideas to each of our titles.

“It’s still difficult, and we still manage our business. Our risk-mitigation models are important, but we still look to shoot our movies in tax-efficient and subsidy-driven locations. We’re doing everything to keep our costs down from a production perspective and from a marketing perspective.”

“We do it at every level,” Wachsberger adds. “We ask how we can source the material, how we can greenlight the movie so that all the divisions are in from the get-go, and how we can play the upside and license the international rights. And we are conservative; we look for subsidies and we don’t go crazy. And luck comes into it as well.”

In terms of talent deals, Summit is being as cautious and creative as anyone. “We don’t have any overhead deals [producers or talent], but when we’re creating financial models on individual films we’re absolutely being very, very creative in the way we’re structuring those deals,” Friedman says. “There is no first-dollar pre-break gross. We are in many instances making the above-the-line talent our partners and in success they get handsomely rewarded, and if it’s not so successful our financial ­burden is reduced.”

“We’re very conscious of the actors we choose based on their success or failure in the international marketplace.”

Wachsberger and Friedman, COO Bob Hayward, CFO Ron Hohauser, Summit International president David Garrett, worldwide marketing chief Nancy Kirkpatrick and head of production and acquisitions Erik Feig ― who played an integral role in bringing Twilight to the fledgling studio in 2006 after Paramount put it in turnaround ― are all acutely aware of the need to create universally appealing properties.

“We’re very conscious of the actors we choose based on their success or failure in the international marketplace,” Friedman says, though Wachsberger notes that one must tread carefully in certain markets: “Japanese audiences want to see Japanese actors in Japanese movies. What helps is to make a great movie and create something unique that hasn’t been seen before.”

Speaking of which, the team is working hard to line up its next potential blockbuster series. “We’re only halfway through [the Twilight franchise],” Wachsberger says. “We have time to go and we’re building other franchises. We have a strong possibility with [graphic-novel adaptation] Red, which comes out in October. We’re working on Highlander, which we’re starting to shoot next year, and we’re going to totally reinvent and hopefully create a big franchise, and we’re looking at other properties.”

The theatrical component remains critical, and the partners are keeping an eye on the shrinking-window debate. “The issue is something we’re going to be paying close attention to,” Friedman says. “The theatrical window is still extraordinarily robust around the world. We’re not going to do anything to damage it. Every­body’s going to experiment on the margins to see what is a healthy way to increase or decrease those windows and still keep everybody happy, and we’re going to be a player in that. We’re going to be observing, talking to our partners, trying to understand their issues.

The industry at large is trying to do everything it can to understand what shrinking a certain window is going to mean economically, making sure it doesn’t hurt another window and so on, and we’re going to be a part of that.”

At a time when another chief talking point in Hollywood is the decline in library values, Summit ― which is bound by a non-disclosure agreement regarding MGM and would only confirm that talks were ongoing ― is building a catalogue which includes the sci-fi hit Knowing, Letters To Juliet, The Ghost Writer and the Step Up films (in international). “Libraries are still a great, great thing to own,” Friedman says. “It’s just about valuing them appropriately if you’re an acquirer, and building them if you’re a content producer, which we are.”

Nicolas Cage stars as a tough nut with a mysterious past who races through the desert in pursuit of the man who killed his daughter and kidnapped his grandchild. Patrick Lussier directs.

The two-part finale in the hit vampire series promises to deliver one of the most hotly anticipated Hollywood happenings of the decade. Bill Condon is directing the supernatural tale with a cast led by Kristen Stewart, Robert Pattinson and Taylor Lautner.