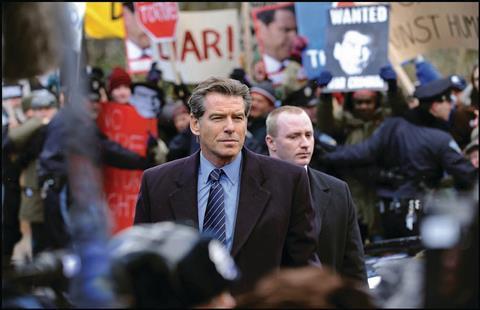 After a few markets of cautious spending, the message at the European Film Market in Berlin last week was that buyers need films and that sellers, certainly those specialising in big English-language films, were once more fielding offers and raising prices. Berlin itself may have been freezing, but the market freeze was showing signs of thawing.

Among the projects selling fast were Summit’s Larry Crowne starring Tom Hanks and Julia Roberts, Icon’s How I Spent My Summer Vacation starring Mel Gibson, Lionsgate’s Riddick with Vin Diesel returning as the character he played in Pitch Black and The Chronicles Of Riddick, Inferno’s The Grey starring Bradley Cooper and The Fields with Sam Worthington from QED International.

Depressed TV and DVD markets continued to pose challenges for distributors but theatrical markets are booming in a post-Avatar world and the potential of digital distribution is proving more concrete to buyers and sellers.

Optimism aside, however, certain realities remained unchanged. At a Screen International panel on the role of independent distributors in the financing of films, Nicolas Chartier, the veteran sales agent and Bafta-winning producer of The Hurt Locker, warned that the US pre-sales market is near dead.

Indeed, with Miramax out of the picture and both Overture Films and The Weinstein Company in well-publicised distress, only a handful of US distributors have the wherewithal to pay much for acquisitions. Lionsgate and Summit are the notable exceptions, with studio units Fox Searchlight and Focus only picking up the occasional title.

“What’s important is not the move in the US. It’s the movie working in France, the UK and Germany.”

Japan, too, continues to display its lack of financial ­commitment to buying international films. “Before, we were counting 10%-15% [of a budget] on Japan. Today, it is zero. Before we were counting 20%-25% on America. Now, it’s zero. That is already 40% less into the financing of a movie,” added Samuel Hadida, the leading French distributor and prolific producer.

The challenge, said Chartier, was to persuade European exhibitors and TV channels to commit to a film even if they don’t have a US theatrical release to use as evidence of market value.

“What’s important is not the movie in the US,” he said. “It’s the movie working in France, the UK and Germany. That’s what I hope progressively we’re going to be able to do, because otherwise all these movies are going to stop being made.”

The success of Hadida’s production The Imaginarium Of Dr Parnassus in the UK and Italy — long before it was released in the US — can only act as a strong example of a film whose European openings didn’t require a high-profile US release to find an audience.