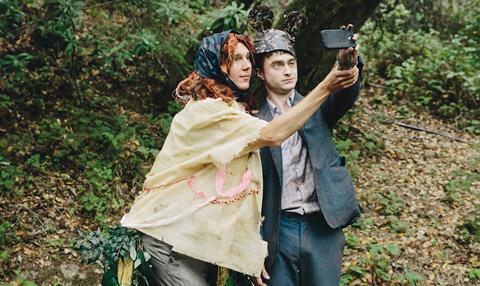 A24 has announced its first territory sales since hiring Sahsa Lloyd in January to oversee international distribution and business development, cutting a raft of deals on Swiss Army Man.

Dan Kwan and Daniel Scheinert’s quirky Sundance buddy movie starring Daniel Radcliffe – as a corpse – and Paul Dano screens in the market at Cannes today and Monday (May 16) and has landed at a handful of prestige buyers.

Madman Entertainment will release Swiss Army Man in Australia, Sun in Latin America, D Films in Canada, Volga Films in Russia and the Baltics, and Front row in the Middle East.

Former Goldman Sachs executive Lloyd negotiated the deals. New York-based A24 will release the film wide in the US on July 1 and will work closely on marketing campaigns with its internaitonal partners.

Kwan and Scheinert won the Sundance dramatic directing award for the story of a man stranded on a deserted island who enlists the help of a corpse to make his way home.

A24 also holds worldwide rights to Azazel Jacobs’ The Lovers, which is currently shooting with Debra Winger and Tracy Letts, and Barry Jenkins’ coming-of-age film Moonlight, the company’s first production, which is in post.