Neither film managed to top Cristi Piui’s Sieranevada on the second day of the 69th Cannes Film Festival. 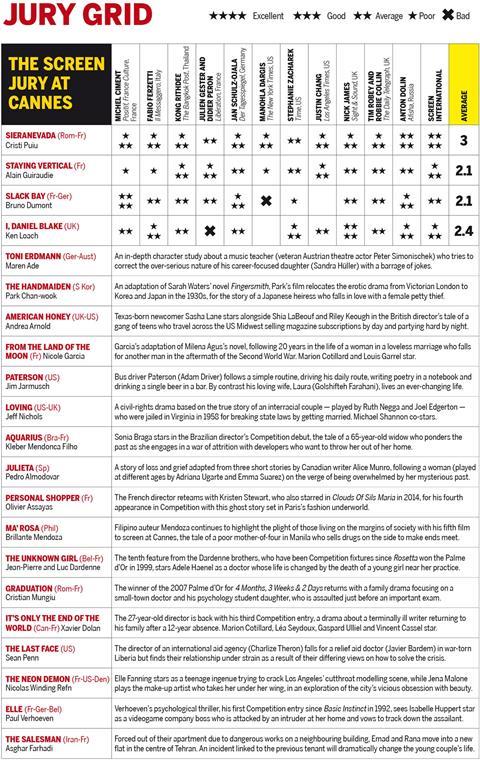 Both films clocked a four-star rating apiece, as well as a ‘no rating’ X - the lowest available.

Ken Loach’s I, Daniel Blake attracted the higher average score, 2.4, particularly impressing the UK’s Nick James. However, it failed to impress France’s Julien Gester and Didier Peron, who awarded it the lowest score.

Cristi Piui’s Sieranevada continues to reign top with a strong score of 3.