EXCLUSIVE: Thriller starring Anthony Hopkins will have its US release in June. 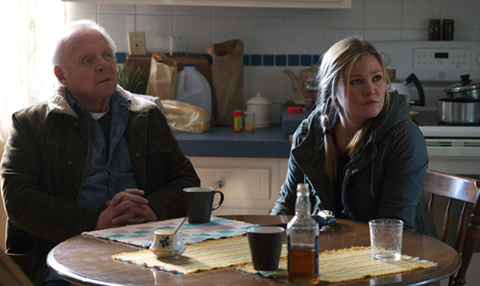 The Venice Film Festival 2015 world premiere will be the first release to go through Electric’s US distribution arm led by Zac Reeder theatrically and on VOD on June 10.

Electric and Enderby Entertainment co-financed the Pacific Northwest logging community story about a woman who enlists the support of a retired logger and his young sidekick to stand up to a crime lord.

Daniel Alfredson directed Blackway from Joe Gangemi and Gregory Jacobs’ adapted screenplay based on the book Go With Me by Castle Freeman Jr.

Rick Dugdale produced for Enderby Entertainment, alongside Lindsay Williams and Ellen Goldsmith-Vein for The Gotham Group, Jacobs, and Hopkins.

The film will receive a wider theatrical Canadian release through TW Media Events.