eOne has licensed a large swathe of the world on its Catholic Church abuse drama including a multi-territory deal with Sony Pictures Worldwide Acquisitions (SPWA). 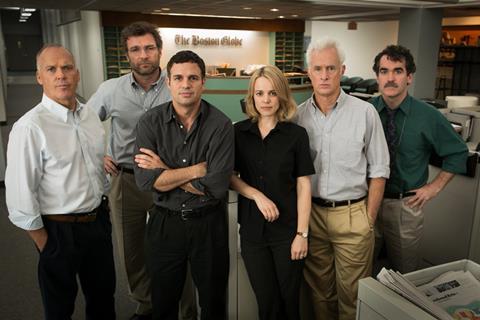 eOne will directly distribute in the UK, Canada, Spain, Benelux and Australia/New Zealand, while Open Road plans a wide US release.

Thomas McCarthy directs the drama from a screenplay by Josh Singer about the Boston Globe investigative team’s reporting into the Catholic Church abuse scandal.