Horror 'The Suffering', 'A Demon Within' acquired

EXCLUSIVE: Companies have taken all international rights on the Robert Hamilton horror from Blue Fox. 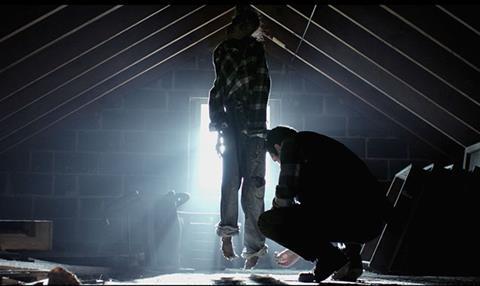 Robert Hamilton directed The Suffering, about a struggling property appraiser who starts to lose his mind when he is summoned to evaluate a rural estate owned by a recluse.

Ayush Banker and Justin LaReau directed A Demon Within, which stars Clint Glenn Hummel, Patricia Ashley and Charlene Amoia in the story of a demonic possession in the late 19th century.

“Blue Fox Entertainment is an exciting new company, run by experienced executives with excellent taste,” said Veneziano. “In a short amount of time, James [Huntsman] and Todd [Slater] have built up an impressive and consistent line-up of titles, and we are thrilled to expand our collaboration with these two commercial and stylish genre films.”