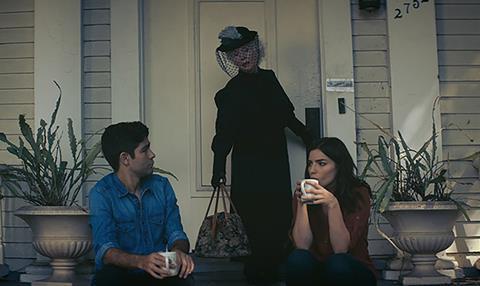 Co-president Rich Goldberg anticipates a fourth quarter release on the Circle Of Confusion and Snowfort Pictures production about a man who confronts his past and becomes entangled with his wife in a web of lies, deceit and murder.

“Ricky [Bates Jr.] has delivered another cult classic,” said Goldberg. “The film is a wild ride, and performances from Adrian, Angela, and the rest of the cast are fantastic – this is a team we’ve been wanting to collaborate with for some time now and are delighted that it’s finally coming to fruition.”

“Trash Fire has been the ultimate labour of love,” said Bates Jr. “We nearly killed ourselves making it, and have been incredibly particular about whom we’d sell it to. The gang at Vertical is a bunch of film freaks. They’re just like us, only dressed nice. It’s the perfect fit.”