Donning swords and armour in Clash Of The Titans and Ironclad, behaving badly at St Trinian’s and setting up a swathe of debut features ‹ Patricia Dobson catches up with a few of last year’s Stars of Tomorrow 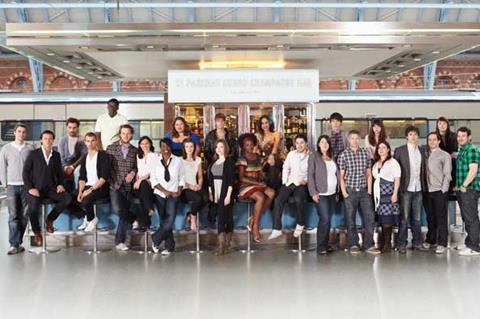 Zawe Ashton won a supporting role in St Trinian’s 2: The Legend Of Fritton’s Gold and then segued into a lead role in Blitz opposite Jason Statham, Aidan Gillen, Paddy Considine and fellow 2009 star Luke Evans.

Aneurin Barnard’s performance in Spring Awakening won him the Olivier award for best actor, and he went on to star in Ironclad with James Purefoy, Derek Jacobi, Brian Cox, Kate Mara and Paul Giamatti. He has just wrapped Guinea Pigs and is now shooting Hunky Dory opposite Minnie Driver. Coming up is Antonia Bird’s Cross My Mind and Punk Movie with Jim Sturgess.

Emun Elliott shot the BBC’s Paradox and Lip Service and played a lead in Measure For Measure at London’s Almeida Theatre. He recently wrapped the feature Strawberry Fields for Film London’s Microwave scheme.

After shootingClash Of The Titans and Robin Hood, Luke Evans filmed Blitz and Stephen Frears’ Tamara Drewealongside Gemma Arterton and Dominic Cooper. He then filmed Flutter with Joe Anderson, Tarsem Singh’s Immortals and is about to play Aramis in Paul WS Anderson’s The Three Musketeers as well as star in Vivaldi with Jessica Biel.

Theo James made his small-screen debut in the BBC’s A Passionate Woman and recently wrapped the ITV series Downton Abbey.

Wunmi Mosaku shot the lead role in Gabriel Range’s I Am Slave as well as the TV drama Vera opposite Brenda Blethyn.

Michael Socha starred in British indie Shank, has just finished filming a lead part in Shane Meadows’ TV series This Is England ‘86 and is now filming the BBC’s Being Human.

Ella Smith filmed a supporting role in St Trinian’s 2: The Legend Of Fritton’s Gold, a small part in John Landis’ Burke & Hare and will soon be seen in the BBC series Mistresses. She also appeared in The Rivals at the Southwark Playhouse.

Otto Bathurst recently directed the pilot for a new sci-fi/thriller series, The Garden, co-produced by the BBC.

Ben Drew got the greenlight from Film London’s Microwave scheme to make his feature debut, Ill Manors, which will shoot in September.

Michelle Eastwood produced Brian Welsh’s feature film One In Ten and secured development funding from the UK Film Council and the BBC for documentary The Vanishing Worlds with director Estephan Wagner.

Destiny Ekaragha signed up with The Agency, directed the Coming Up short The Future WAGS Of Great Britain for Channel 4 and is now in development on a feature film with the UKFC.

Sally El Hosaini is preparing to shoot her debut feature, My Brother The Devil, later this year and is in talks with Fortissimo Films and actor Said Taghmaoui to join the project. She is also writing a film for Brazil’s Karim Ainouz as well as the Iran-US feature Camelia for producers David Raymond and Navid Negahban and director Elahe Massumi.

Tom Green was lead director on the Bafta-winning E4 series Misfits, and is now directing the second series.

Rebecca Johnson is about to deliver the first draft of her UKFC-backed feature about a honeytrap.

Felix Massie has joined Aardman as a commercials director and worked on the Bafta-winning Mother Of Many by Emma Lazenby.

Ben Schiffer has added a project for Working Title to his portfolio in addition to a culture-clash comedy with producer Christian Colson and a US-set film for Ruby Films.